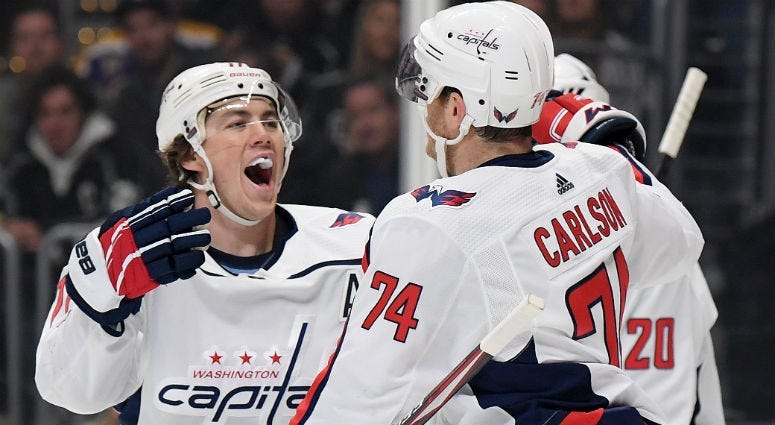 If the rest of the NHL has anything to fear from the Washington Capitals, it's these words from center Lars Eller: "I think we have another level."

Already, the 22-4-5 Caps lead the league with 49 points. Coming off a 22-point November, in which they picked up points in all but two of their 14 games, the Caps have showed no signs of slowing down in December, opening the month with a three-game sweep on the West Coast over the Sharks, Kings and Ducks, respectively.

"I still don't think we've played like our very best game yet," Eller told The Sports Junkies during his weekly appearance, driven by AAA.

"I still don't think we've played like our very best game yet," he said. "I can't remember exactly now, but I think the Vegas game's kind of one of the ones that stand out, where we played a really good team game for 60 minutes."

"Other than that, I think a lot of games we've been playing well, but I think we have another level that we haven't gotten to yet," Eller said. "And I say that because I know I've seen how good this team can play from in the past. So I know we have a little bit more, especially offensively, I think, that we can improve on.

"But the good news is that, even though we're not playing our best, we're still finding ways to win games. I think our bottom... like the bottom level has been higher this year than it probably was last year."