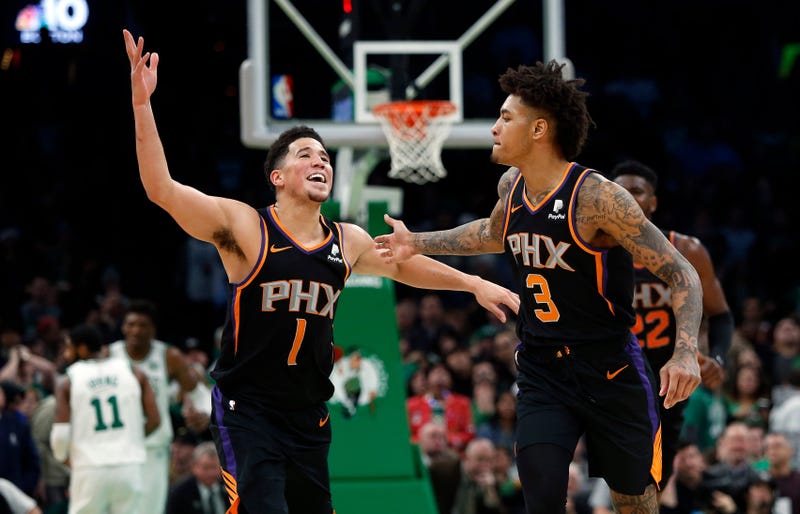 December 20, 2018 12/20/2018 11:58 pm
In case you were hoping to some day find out what really went down in that wild trade fiasco, that eventually saw Kelly Oubre and Austin Rivers shipped to Phoenix, only after a three-team trade failed the night before, the details of this one may just be lost forever.
Wizards coach Scott Brooks – during his biweekly appearance with The Junkies, presented by Greenberg & Bederman – was asked about the events leading up to the trade, specifically if he had an inkling Oubre and Rivers were likely to be dealt in the "48 hours or so" prior.

The details seem to be growing more confusing...

"Well, when you have the record we have, I know there's gonna have to be changes," Brooks said. "As coaches, as players, you kind of expect that. We haven't played well. We're not happy with how we've played. There's a lot of things that's happened – the injury with Dwight (Howard) obviously doesn't help..."

"Going into the last couple of days before the trade," he continued, "I mean, I knew there was things and people talk and you're trying to get your team better. How it went down, I mean, I don't know all that. I just know when trades go that deep into it, everybody knows which players on their team the teams are talking about."

"So they knew," Bickel inquired about the players' knowledge of the deal. "It wasn't a shock to them?"

"No, no. The players? No, the players don't know," Brooks said. "I mean, as a player, you know. I played over a decade and I know there's always a chance until the trade deadline. You just know. We don't tell (them), 'Hey, we were thinking about trading you.' No, you can't do that, because 95 percent of all trades, or 98 percent of all trade talks don't happen."

"No, nobody," said Brooks. "That was all rumors or it had gotten leaked out."

"And I've been on a team that, we traded away Robert Horry to Houston for Sean Elliott, and Sean did not pass his physical," he said. "So the trade, we had to bring him back and it was the weirdest thing, because we said our goodbyes and then two days later he's back with us. And obviously we won the championship that year.

"I never, you never, or nobody ever tells the player until it actually happens."

Anyhow, the Wizards are moving on with Trevor Ariza, who has scored 19 and 15 points for them, respectively, in back-to-back losses. Oubre returns to D.C. on Saturday, for the first time since being traded, now as a member of the Phoenix Suns.