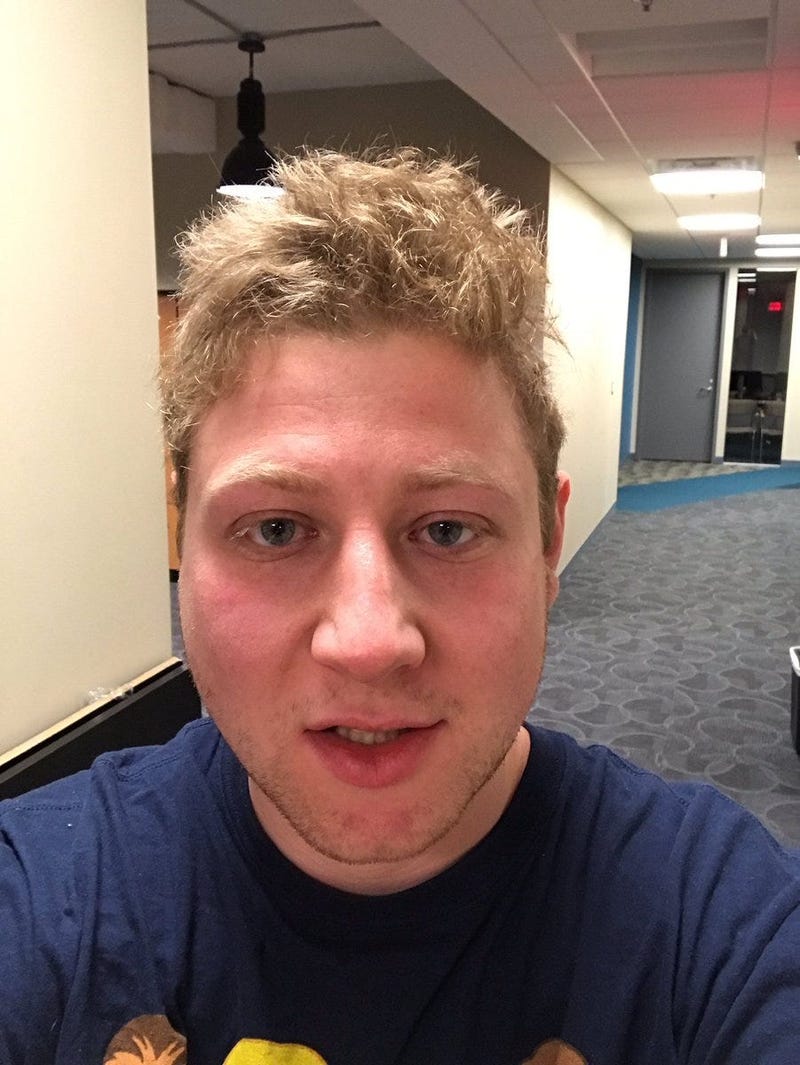 Just a day after announcing to the Junkies he was "basically" dating a Romanian model, Awadd revealed on Wednesday he's been dumped by the girl.

According to Awadd, the girl was NOT pleased he talked about her on the radio, texting him Tuesday: "You'll never have a chance to be my friend anymore."

Awadd: She says she's so disappointed in me.
Bish: She's bitter.
EB: She's so disappointed in you? You didn't really do anything.
Awadd: The Junkies had to open thier fat mouths and tell the whole world!
EB: You're thinking we ruined your bit?
Awadd: I'm a hundred percent certain that Cakes ruined my buns this weekend.

Regardless of who's to blame (Awadd), "It's over, Rick!" as EB proclaimed.

Drab contacted the girl to see if she would come on the show to clear the air, but that was a no go.

Drab: She just kept yelling, 'Leave me alone. I'm going back to bed. Do not talk about me. Do not talk about my personal life.'
EB: We said we want to set the record straight. We said if Adam lied, we want to bust him on it. Let's bust him on a lie. Come on, and set the record straight. She was having none of it.
Thus ends another failed Awadd romance. In fact, claiming Awadd fatigue, JP instituted a mic ban for Awadd for the rest of September.

Awadd can be annoying on air...but his Sept mic ban is lame @GlassJoeJP . His story brought great content to the show this week. Him blaming Junks is good radio too.

You can listen to the tale of Awadd's dumping below. Warning: it's full of cringe.