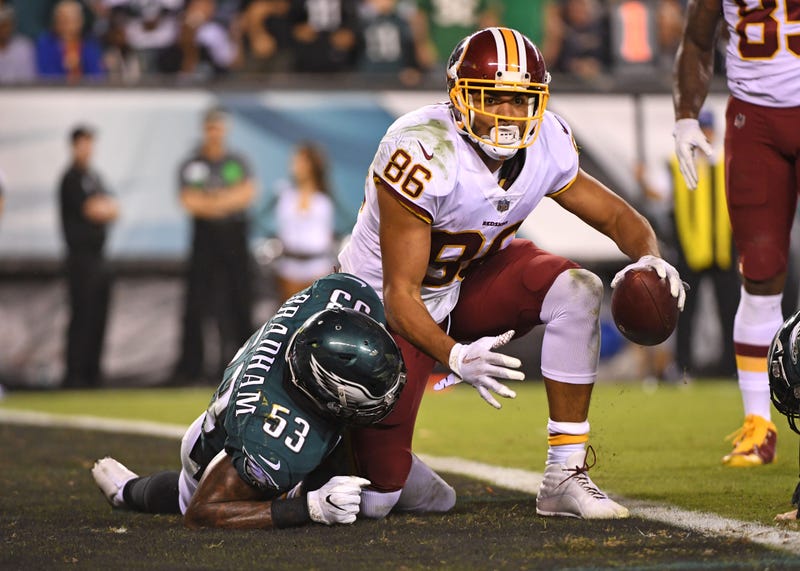 Jordan Reed appears to be ready for training camp after recovering from yet another injury. But if he gets hurt again and misses a portion of the season, can the Redskins afford to keep him beyond this season?

Speaking to The Junkies on Monday, 106.7 The Fan Redskins reporter Craig Hoffman said this is a make-or-break year for the former Pro Bowl tight end.

"If he doesn't prove he can stay healthy, I think this is the final year of Jordan Reed, at the very least under this current contract," Hoffman said. "It doesn't make financial sense anymore. So it's a huge year for him."

When healthy, Reed is one of the most dangerous receiving threats on the Skins roster, not to mention one of the best tight ends in the entire league. But Reed's health has always been a question mark, and if the injury bug bites him again this year, the Skins may have no choice but to let him go.