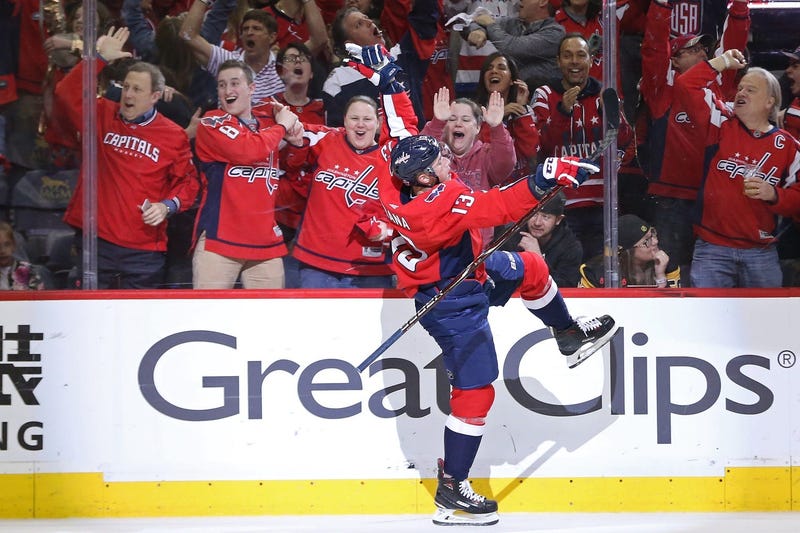 The Capitals have done the heavy lifting in Tampa Bay, delivering a 6-2 Game 2 blow to the Lightning Sunday to return home leading the Eastern Conference Final 2-0.

Caps fans are the beneficiaries for it. Thanks to another $100,000 gift from Exelon -- the parent company of Pepco -- fans won't have to worry about missing the Metro as they pour into the streets following Game 3, scheduled for 8 p.m. Tuesday at Capital One Arena.

"We are pleased to provide rail service so all of the fans can support the Caps in the playoffs," said Wiedefeld. "Thanks to Exelon, we can offer a train ride home when the game ends, even if that means overtime."

This isn't the first time Exelon has come through for D.C. fans. The company similarly paid to extend Metro service following Game 5 of the 2017 National League Division Series between the Nats and Cubs at Nationals Park.

"We know how important it is when the hometown team advances in the playoffs, and we want to make sure our customers can be there for every play and get home safely-and emissions free-by powering the Metro's extended hours Tuesday night," said Exelon President and CEO Chris Crane. "We believe that helping our customers be there to cheer on the Capitals is its own kind of power play, and we are pleased to partner with Metro and the Mayor and to make it happen."

The last Red and Green Line trains from Gallery Place-Chinatown are now scheduled to depart at the following times:

The last Blue, Orange and Silver Line trains from Metro Center will now depart at:

"The Caps and Metro are a great source of pride for the region," said Metro Board Chair Jack Evans. "We want everyone to enjoy the game, whether they are in the arena, or out with friends cheering on the Caps in the Eastern Conference finals."

Customers can check the last train times for Tuesday by visiting a station's webpage and adding one hour to the regular last train time.
In the event of overtime, Metro will provide any updates regarding last train times through Capital One Arena announcements, on Twitter (@wmata and @metrorailinfo), and via MetroAlerts email/text messages. Sign up for MetroAlerts here.
Follow @ChrisLingebach and @1067TheFan on Twitter