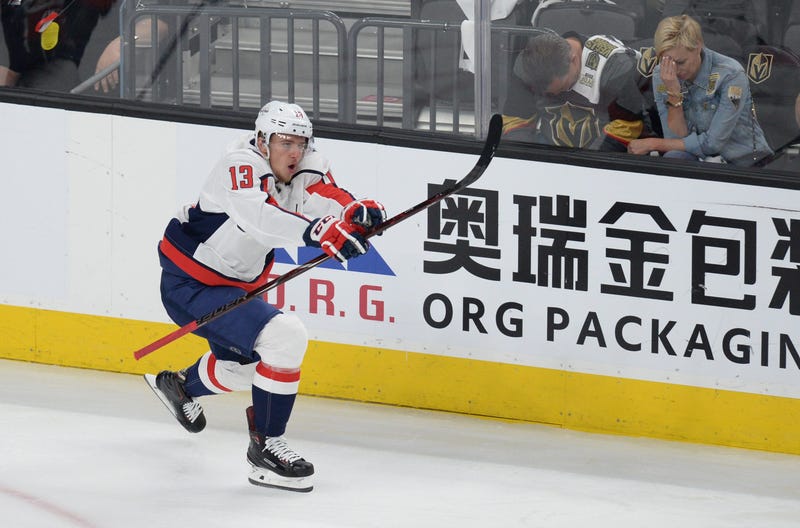 The development of young forwards Jakub Vrana and Andre Burakovsky will be key to the Capitals making another run at a Stanley Cup title, NHL Network's Mike Rupp told The Sports Junkies Wednesday.

"I think a huge thing for this Capitals team coming into this year ... I'd like to see Vrana and Burakovsky take that next step," Rupp said. "If they can take that next step, it takes a lot of pressure off of maybe even the guys that (struggled) last year down the stretch."

Vrana and Burakovsky, 22 and 23-years old, respectively, certainly have room to grow as players. Vrana finished 11th on the team last year with 27 points, Burakovsky right behind him in 12th with 25.

Rupp said the pair improving could take some of the offensive load off the likes of T.J. Oshie, who Rupp noted was not at his best for much of last season.

"T.J. Oshie was not having a very good hockey season last year, until the end. And he was so money for this team," Rupp said.

Rupp also predicted Evgeny Kuznetsov will become one of the best players in the NHL very soon. The Russian forward cracked the top-20 in points last year with a career-high 83.

"I actually think in the next coming years, Evgeny Kuznetsov — I think this guy will start moving into the top seven or five players in the league. I think he's that good. So I expect big things from him this year as well."

As for Capitals coach Todd Reirden, who coached Rupp as an assistant for several years in Pittsburgh, Rupp thinks he'll keep the Stanley Cup champions ticking.

"The one thing I know from him is he makes it exciting to come to the rink," Rupp told the Junkies. "At the end of the day, this is a job. You have a responsibility. But also, we're playing a game, man.

"And when you come to the rink with a smile on your face, rip the boys a little bit, go back and forth and have fun with it, usually you get the best results on the ice. And I think this team is gonna be just fine."