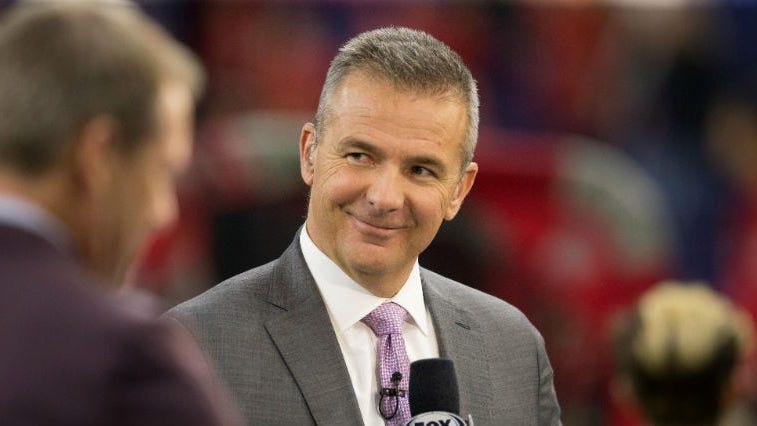 It was another bizarre day in a bizarre season that, in spite of its bizarreness, ended like nearly all of the 2019 season days before it.

The Redskins lost, in extra heartbreaking fashion for those more than emotionally invested, leaving as many questions as answers.

This was Dwayne Haskins' best day as a pro. It came in a 37-27 loss to the Eagles, but he showed command of the offense, made plays in big situations and got the ball to his young playmakers who continued to show their promise.

Terry McLaurin had five targets. The rookie had five catches for 130 yards and an electric 75-yard touchdown. That doesn't count a sixth target that comes off the stat sheet because of pass interference, which also gained the Redskins 14 yards to start their second touchdown drive.

Sims said Haskins showed his continually growing leadership, telling his veteran offensive line to get in the huddle and quit talking so much. Other teammates have told tales of Haskins no longer needing offensive coordinator Kevin O'Connell to repeat plays in practice, nevertheless in games. These incremental steps have been happening, but on Sunday it finally turned into production. Haskins' 261 yards were a career high. He had two touchdown passes and again threw for zero interceptions.

"I thought we did some good things as far as converting early on," Haskins said. "Moving down the field and being able to make some plays early. We did a good job of calling great plays, giving us a spot where we could make something happen and continue on to try and improve for next week."

Haskins was helped by O'Connell, who called a terrifically balanced game. The Redskins had eight drives that weren't in the two-minute drill. Four of them started with pass plays. Four of them started with runs. Of their five scoring drives, three opened with a pass and two opened with runs. Even the Redskins' opening drive, which ultimately stalled into a punt, garnered three first downs before a third down play.

"Kevin had a great idea of what he wanted to do versus the Eagles," Haskins said afterwards. "Knowing the weakness of the defense, and of course the offensive line doing a great job picking it up. You see us making those great plays when we needed to make them and we did a good job of converting early."

This is how the Redskins will produce on offense. The NFL is too hard to be predictable. The Redskins were not on Sunday.

Unfortunately, the Redskins defense did not hold up their end of the bargain and play to the standard they have in recent weeks. They were without Quinton Dunbar, who should make the Pro Bowl at corner and would be an All-Pro candidate if he hadn't missed multiple games due to injury.

They then lost Fabian Moreau and Jimmy Moreland in the game to injuries, leaving Aaron Colvin (who also briefly left), Danny Johnson (in his first game off PUP) and Josh Norman (previously benched; limited in practice due to illness this week) and the Eagles took advantage.

In key situations, Philadelphia was able to spring Zach Ertz, by far their best receiving threat with multiple wide receivers out with injuries. They took advantage of players who haven't played together with bunch sets to cause confusion, the most constant bugaboo for Washington in the Greg Manusky era.

They also took advantage of Norman to win the game, who came in very late and is not a speedy corner, by making him sprint with Greg Ward all the way across the field. Norman is paid to make plays on the ball. He was a step behind. He failed to do so. The Eagles won the game.

The bizarreness took another turn after the game when Bill Callahan entered the press room far quicker than usual. His normally calm demeanor was off. He was beyond frustrated. He looked legitimately crushed, and understandably so. His team was so close and yet they lost just the same.

Callahan has been a standup guy as a head coach in podium settings. He looks reporters in the eye. He is thorough in his answers. He heaps praise upon his players, even in tough times. On Sunday, it's not that he was rude in any way, it was just different.

He just had no words for what he had just experienced. His eyes wandered. He was short, even when asked about McLaurin's monster day. He had nothing specific to say of Haskins, despite his rookie having a career day, either. There just was nothing to say for a coaching lifer and football diehard that is presumably sick and tired of his team being close.

This is not criticism. It just is what happened. "It's unfortunate," Callahan said. "We played our hearts out and they made the plays we didn't make. We just didn't make the plays at the end that we needed to make to finish off and top off the game."

Multiple players told The Fan his message was similar in the locker room. None of them said it was anything out of the ordinary, unlike the media session. He just simply was at a loss for words beyond thanking them for fighting hard.

What more is there to be said? This isn't a good football team, but they have continued to compete. That is not nothing, but it is not enough. This is professional football and it takes a lot to win games. The Redskins did not have enough on Sunday, even if their young stars showed they might have enough in the future.

Craig Hoffman is the Redskins beat reporter for 106.7 The Fan. His post-game columns are powered by Dell EMC and TVAR Solutions – transforming the federal data center.