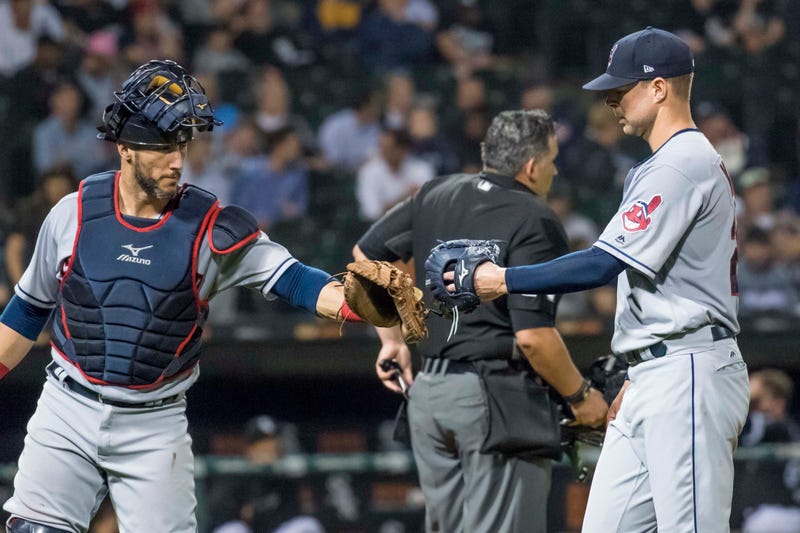 The Nationals have acquired All-Star catcher Yan Gomes via trade with the Cleveland Indians. Washington has now confirmed the deal.

Jon Heyman, after erroneously including Michael A. Taylor in the deal, amended his report to say that the Nats are sending minor-league outfielder Daniel Johnson to Cleveland. Johnson, 23, was a fifth-round pick by Washington in 2016. He batted .269 with seven homers and 35 RBI in 96 games between rookie league and Double-A Harrisburg in 2018.

Yan Gomes is being acquired by the #Nats. Gives them a nice catching combo with Suzuki. Minor League RF Daniel Johnson going the other way to #Indians . (sorry if you saw earlier that mentioned Michael Taylor; he's not involved)

Daniel Johnson: 80 arm, 70 run, 60 raw power, doesn't square balls up consistently, but the bat is better now than it was a year ago. Instincts in CF cause the speed to play down a bit. Generally considered a 4th OF, but has everyday physical tools.

Along with Johnson, the Nationals are sending right-handed pitcher Jefry Rodriguez to Cleveland and a player to be named later.

Gomes is under contract for the next three seasons, with club options in 2020 and 2021.

The Nationals have added two catchers in the past two weeks of the offseason. 35-year-old Kurt Suzuki signed with Washington on a two-year, $10 million deal. That wraps $11 million up at the catcher position in 2019, for two quality veterans at the position.