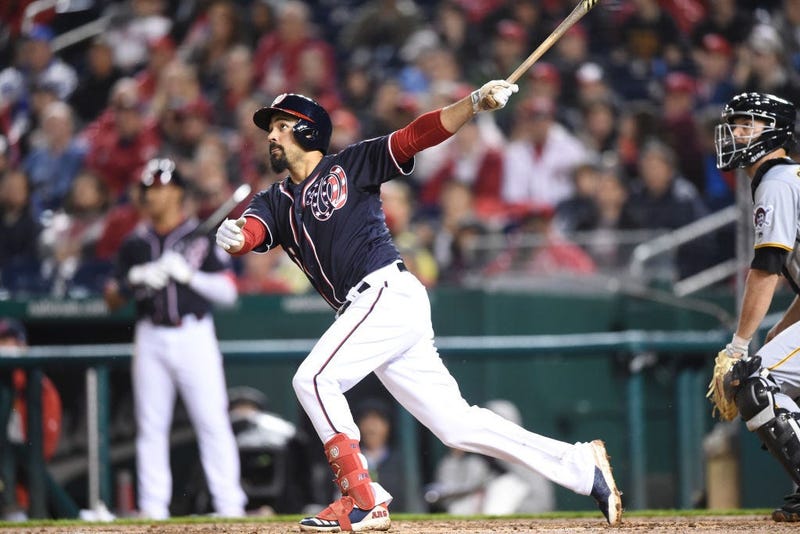 Anthony Rendon has gotten off to a red-hot start to the season, and it sounds like extension talks with the Nationals are heating up again, too.
According to multiple reports, Rendon met with Nats general manager Mike Rizzo and managing principal owner Mark Lerner Tuesday afternoon before Washington's game against the San Francisco Giants.
In recent weeks, talks of an extension with Rendon had come to a "halt" after he turned down an offer which "wasn’t to where we thought we should be," the third baseman told NBC Sports Washington in March.

However, after Tuesday's meeting, it appears both parties are ready to return to the negotiating table.

"The end result of the meeting isn’t clear yet, but the fact it happened underscores the continued desire of both sides to continue talks in the hopes of consummating a deal that would keep Rendon in Washington long-term and prevent him from becoming a free agent at season’s end," wrote MASN's Mark Zuckerman, the first to report the meeting took place.
Rendon has been crushing the ball since Opening Day, batting .400 with six home runs and 17 RBI, providing the power many thought the Nats would miss after the departure of Bryce Harper to the Phillies.
And after losing Harper, neither the Nats nor the fan base want to see another homegrown star leave in free agency.

Nats owner Mark Lerner and star 3B Anthony Rendon met today as the sides continued talking about a possible extension. Nats love Rendon and believe he’d like to stay. @MarkZuckerman was on it