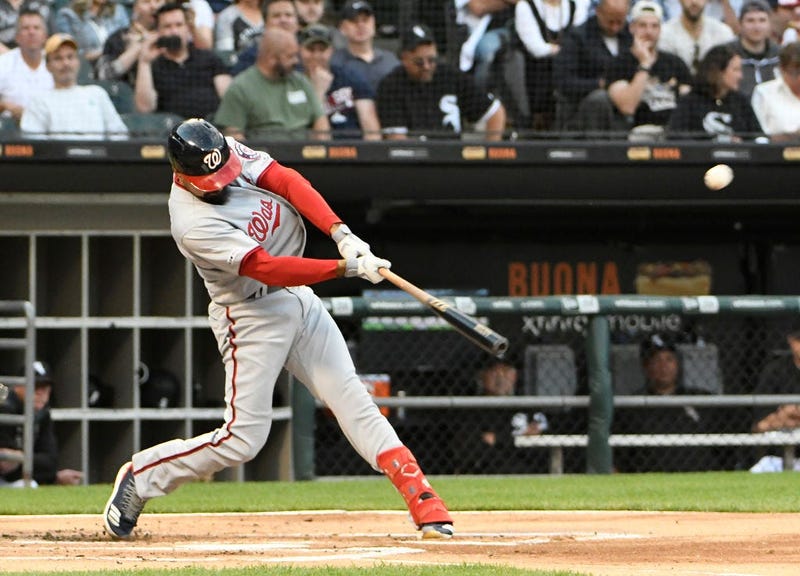 Anthony Rendon put in another All-Star performance in the Nationals' 7-5 loss to the White Sox Tuesday, clubbing two home runs and driving in three runs.
In the fan voting for the 2019 MLB All-Star Game, however, Rendon is in a deep hole.

Entering Tuesday, Rendon had the fifth-most votes among National League third basemen, trailing top vote-getter Nolan Arenado of the Rockes by over 600,000 votes.

The top three vote-getters at each position are entered into a run-off for the starting spot in the All-Star Game. And as of now, Rendon trails No. 3 vote-getter Justin Turner of the Dodgers by under 100,000 votes.

While he may not be that excited about the prospect, Rendon certainly deserves to go to his first All-Star Game this season. He leads all MLB third basemen in on-base percentage (.422) and OPS (1.076), only trailing Arenado in batting average.

After Anthony Rendon's two-HR game last night, he is now the #1 third basemen in all of baseball at a +3.1 WAR. Only 5 players in front of him including his teammate Max Scherzer and the others are Bellinger, Trout, Yelich, and Joey Gallo. Vote for Rendon! https://t.co/xojPyprjfI https://t.co/AREe9aSfpY

Josh Donaldson has been a Brave for 9 minutes. Braves fans have him ahead of Anthony Rendon, a #Nats lifer, in ASG voting. He's hitting .237 for a team that he will be on for 6 months. Getting more support than Rendon. That's a tough pill to swallow in DC.

"Anthony Rendon might not be an All-Star," Grant Paulsen said on Grant & Danny Wednesday. "If you look at almost every category: batting average, on-base percentage, slugging, OPS, almost universally across the board he's one of the best players in the league this year."

"Top-five in a plethora of categories, and he is right now behind four guys at his own position in voting."

"(Rendon's having) a Ruthian-type season. A Bryce Harper MVP level-type season. A 'one of the great seasons we've had in modern day baseball history' type season. All the while playing Gold Glove-caliber third base," added Danny Rouhier.
You know what to do, Nats fans. #VoteRendon, or cast your vote here.

I voted for Anthony Rendon for the All Star game at https://t.co/0Elj7pKB85 Please do this too.