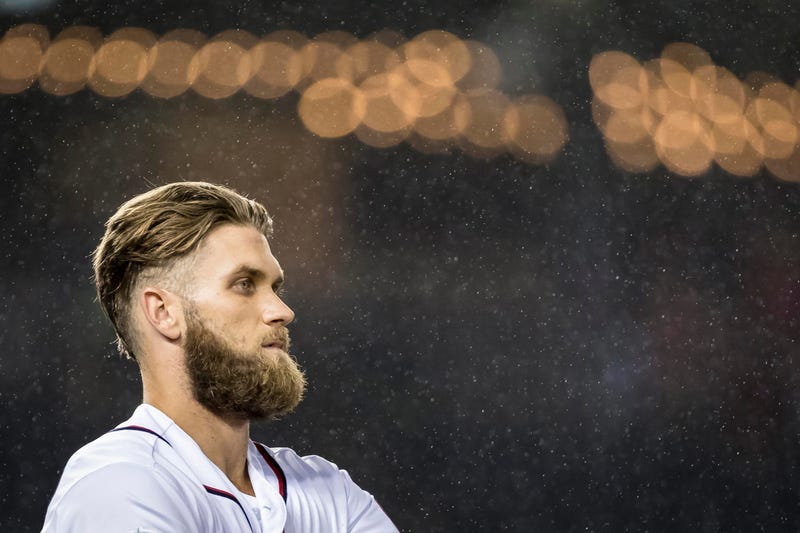 Bryce Harper is set to meet with a contingent of Phillies representatives in Las Vegas this Saturday, according to USA Today's Bob Nightengale.

Philadelphia owner John Middleton will reportedly be among those flying down to Vegas to meet with Harper and his agent, Scott Boras, for their first face-to-face meeting.

This news comes after reports indicating the Nationals had emerged as the favorites to re-sign the free agent slugger. Harper and Boras met with Nats owner Ted Lerner for five hours the weekend before Christmas, per Chelsea Janes of The Washington Post.
Additionally, Jim Bowden reported last Friday Washington had significantly upped its initial 10-year, $300 million offer, despite managing principal owner Mark Lerner's earlier statement to 106.7 The Fan claiming that offer was "the best we can do."

Outside of the Nats and Phillies, Harper and Boras met with "White Sox president Ken Williams and GM Rick Hahn, along with Hall of Famer Jim Thome" and a group of representatives from the Dodgers in November, according to Nightengale.

After a period of relative quiet, the Harper sweepstakes have begun to heat up over the last few weeks, and joining the rival Phillies would prove a major blow to both the Nats as a team and as a fan base.