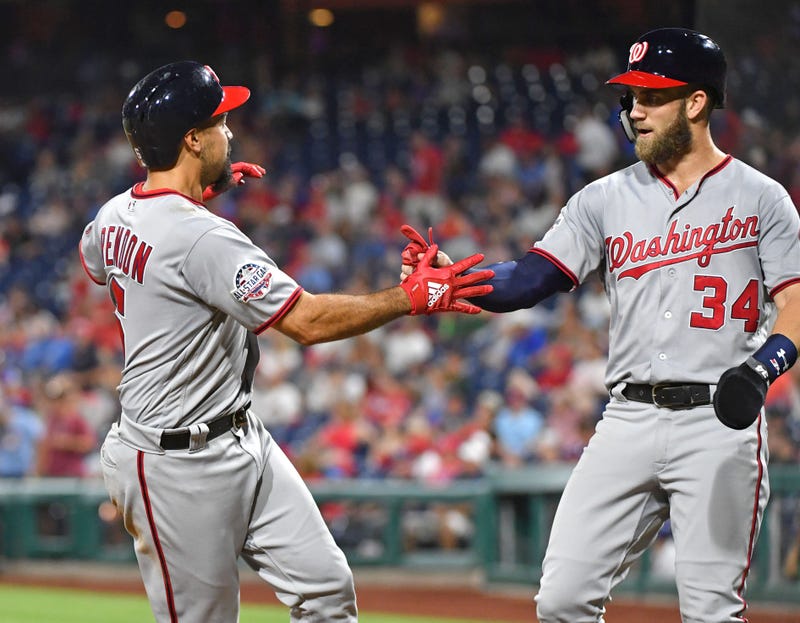 During his weekly appearance with The Sports Junkies, Rizzo was asked to respond to a Barry Svrluga column, in which Svrluga makes the case for the Nats re-signing Harper before he gets to free agency.

"Is there a chance maybe that something could be hammered out before the end of the season," he was asked.

"He's a guy that we scouted for a long time, we drafted, signed, developed and watched grow into a star, so certainly we're going to have discussions with him," he said. "Obviously we're not going to just talk about them outside of the small group that's involved in it, but we'd love to have him here long term and I think he really likes it here.

"So there's nothing to report on that end other than that we have great respect and admiration for each other and we'd love to have him long term."