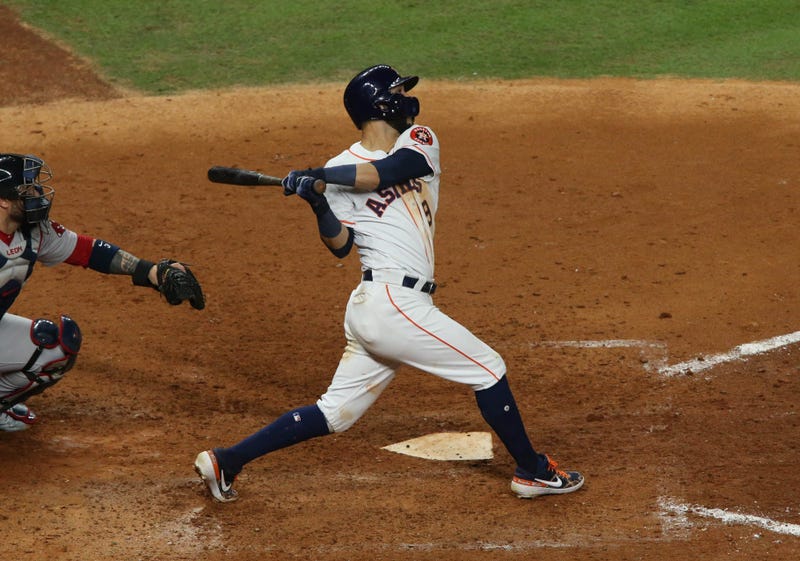 The MLB winter meetings are underway, and the Nationals have reportedly wasted no time trying to make another splash in the free agent market.

Per Jon Heyman, the Nats are "looking closely" at a trio of free agent second baseman: DJ LeMahieu, Marwin Gonzalez and Josh Harrison.

Nats are looking closely at 2B. LeMahieu, Marwin, Harrison all in play.

Chelsea Janes of the Washington Post reports the team has been in contact with LeMahieu's representation, adding that Washington "loves" Gonzalez.

On potential moves this week: Rizzo has said Nats made contact with DJ LeMahieu’s agent. They also love Marwin Gonzalez, a Boras client. So would assume they’ve “made contact” with his rep, too.

Gonzalez has spent his entire seven-year career with the Astros, winning the World Series with Houston in 2017. As well as possessing a decent bat, he's a versatile defender: in 2018 alone, he played double-digit games as a left fielder, shortstop, second baseman and first baseman.

Harrison, like Gonzalez, has spent his entire career thus far with one team, going to two All-Star Games as a Pittsburgh Pirate. He's coming off a down year, hitting .250 in 2018 with eight home runs and 37 runs batted in just 97 games.

The Nats have arguably been the most active team in baseball this offseason, adding two relievers, two catchers and most recently signing starting pitcher Patrick Corbin to a six-year deal.

Wilmer Difo and a healthy Howie Kendrick would have likely been the platoon at second base, with top infield prospect Carter Kieboom waiting in the wings, but it now appears the Nats have plans to upgrade.