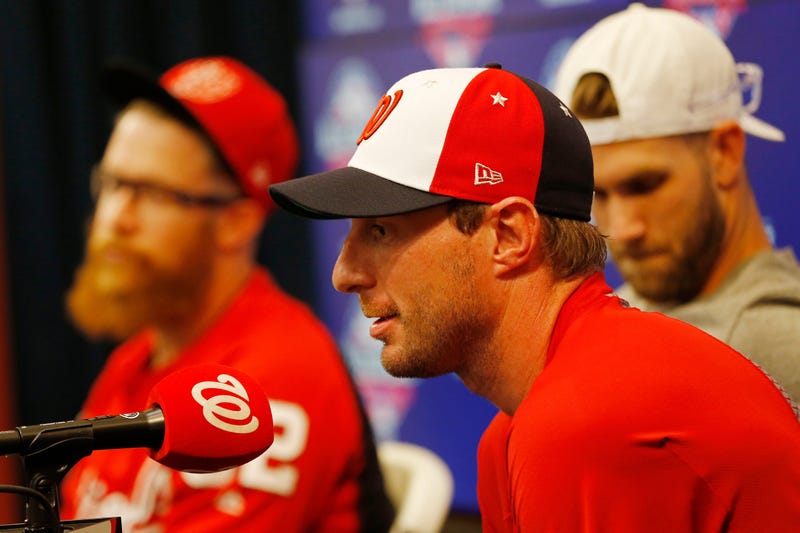 An All-Star now for the sixth straight season, Nationals pitcher Max Scherzer has seen firsthand the passionate reception given to the host teams during Major League Baseball's annual exhibition.

Speaking to Grant & Danny on Tuesday, Scherzer described what it would mean to him to start in front of the hometown crowd when the All-Star Game comes to Nationals Park next week.

"Oh my God, that would be unbelievable," Scherzer said. "Every time I've been to these All-Star games, I really get to appreciate how the home-team fans really support the home-team players, a really cool experience, and the different venues, and different cities and different players that have gotten recognized like that."

"And for an opportunity to start an All-Star Game, these things are so much fun anyway, so the fact that if I get the ball in Nats Park, man, that's going to be one heck of an experience."

Scherzer has started in an All-Star Game twice before, once for the American League as a member of the Detroit Tigers in 2013, and last season for the National League, only the fifth pitcher to start for both leagues. And the Nationals ace is more than deserving to get the nod for a third time.

The three-time Cy Young winner currently leads the NL in strikeouts, innings pitched, and WHIP, boasting an 11-5 record with a 2.33 ERA, the second-best earned run average in the NL.