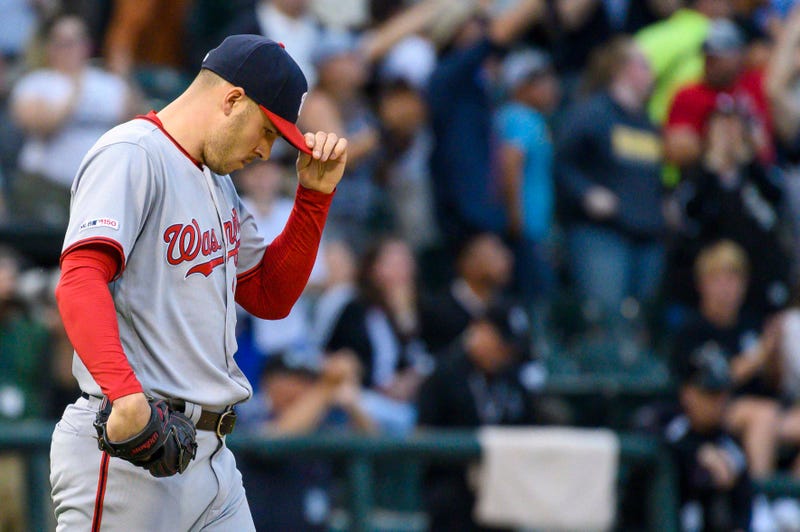 Corbin's ERA has jumped to 4.11, and he looks nothing like the pitcher who was so solid in the first few months of the season. Grant & Danny spent some time Wednesday examining how Corbin can round back into form as the Nats hit a key part of their schedule.

1. Don't throw to Yan Gomes for a couple of starts
Danny: "Yan Gomes already has seven passed balls, that's now a career-high. I don't know what's going on with him. He is not good this year. I don't know if this is the new normal, I don't know if he's just having a bad season. I don't know what's happening. I can't do that for a little bit, I'll mix it up just to give him a different look. I'll have him throw to Kurt Suzuki, it's worked wonders for Max Scherzer."
2. Get hitters to swing at pitches outside the strike zone

Danny: "This is what Patrick Corbin does as good or better than anybody in the sport when he's right ... It's really hard to get guys to swing and miss consistently at pitches in the strike zone, you've got to get them to chase."

Grant: "He's just not commanding his fastball. When you have two pitches, and yes I view him as a two-pitch guy: yes, he throws the occasional changeup ... and yes he can throw a curveball occasionally, but again, about 93 percent of his pitches in a start are fastballs or sliders."

"When you do that, you have to command your fastball. It's statistical and career suicide if you don't if you have two pitches. It's over, and he right now is not locating his fastball. It's not much more complicated than that."