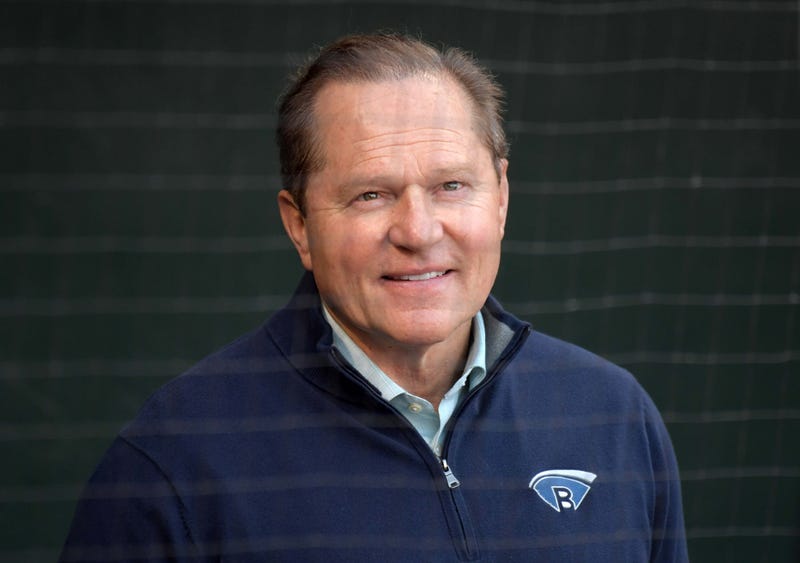 December 11, 2018 12/11/2018 9:51 pm
The baseball god is angry. Agent Scott Boras is super mad at Nationals managing principal owner Mark Lerner, that is.
Boras likes to think of himself as the most powerful man in baseball. Certainly, he controls a lot of the top players, including the Nats' Bryce Harper. But Boras should watch his manners because all super agents eventually flare out. All of them.
Boras is upset Lerner said the Nats offered Harper $300 million. Technically, the collective bargaining agreement prohibits revealing details. That Lerner gave a bottom-line number will not put him before a firing squad. It's not as if every little detail was announced in a deal that didn't happen.

But Boras is upset Lerner may have set the market price. Truth is, the money will be whatever the market will bear and that's Boras' job to create. And, Harper will decide where he goes and my advice is simply pick where you'll be most happy. You'll never spend all of the $300-plus million in the coming contract unless building a hospital or something, so don't sell yourself to the highest bidder. It will only make you miserable.

If Harper stays in Washington despite all the bluster, that's great. If he chooses to go to any of a dozen places rumored at the current Major League Baseball meetings in Las Vegas, then the Nats will also move on. They have a good outfield, and let's be honest – Harper has been very good to occasionally great, but not the next Mickey Mantle as promised. Harper strikes out way too much. He spent half of last season in a horrific slump. There's not quite the hustle in his run to first anymore.

There's no saying you're sorry in big business, which is what Boras is all about in auctioning Harper to the highest bidder. There's nothing wrong with getting the most money. Capitalism makes America great.

But Lerner owes Boras nothing, and if the latter wants to poison the relationship with the team, then the Nats will eventually run out of the agent's clients. And one day, so will Boras.

Heavy lies the head that wears the crown.