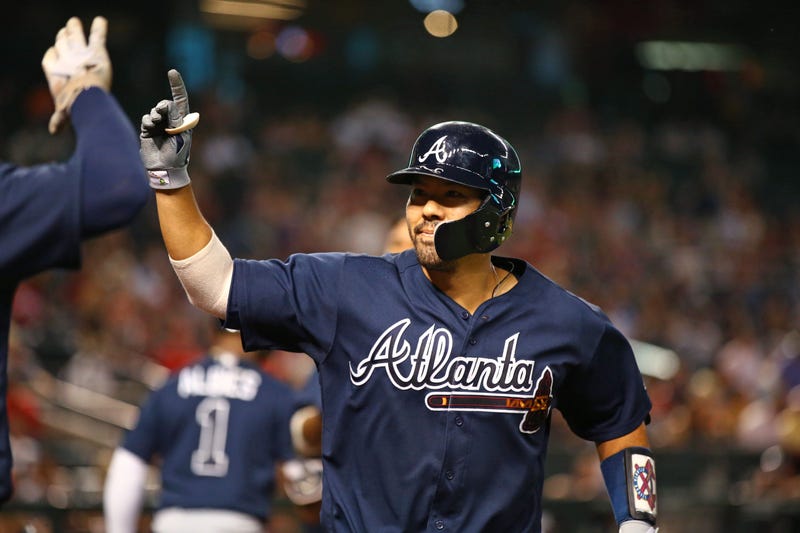 Catcher Kurt Suzuki is returning to the Nationals on a two-year, $10 million deal, pending a physical. Mark Feinsand of MLB.com was the first to report the signing.

Breaking: Kurt Suzuki has agreed to a two-year deal with the Nationals.

The Nationals have agreed to a two-year deal with catcher Kurt Suzuki, according to a person familiar. Pending physical.

Suzuki, 35, spent parts of the 2012 and 2013 seasons with the Nats, appearing in 122 games for Washington. Since being traded to Oakland in 2013, he's played for the A's, Twins (reaching an All-Star game with Minnesota in 2014) and most recently the Braves.

He's enjoyed success at the plate with Atlanta the last two seasons, and the Nats despertately need more offensive production from their catchers.

Suzuki has turned into a really productive hitter late in his career (.825 OPS last two years with ATL) but worth noting he’s mostly been a part-time player. Curious to see if Nats seek to add another catcher to share the job with him.

It's unclear at this point if he'll take over as the Nats' starting catcher with the departure of Matt Wieters, or if Washington will platoon him with the likes of Spencer Kieboom and Pedro Severino, or perhaps bring in an additional catcher.

But with this and the moves for relievers Kyle Barraclough and Trevor Rosenthal, it's clear the Nats mean business this offseason.

Nats are jumping early this winter. Clearly not going to wait around to address needs. Have solidified bullpen, catching already.