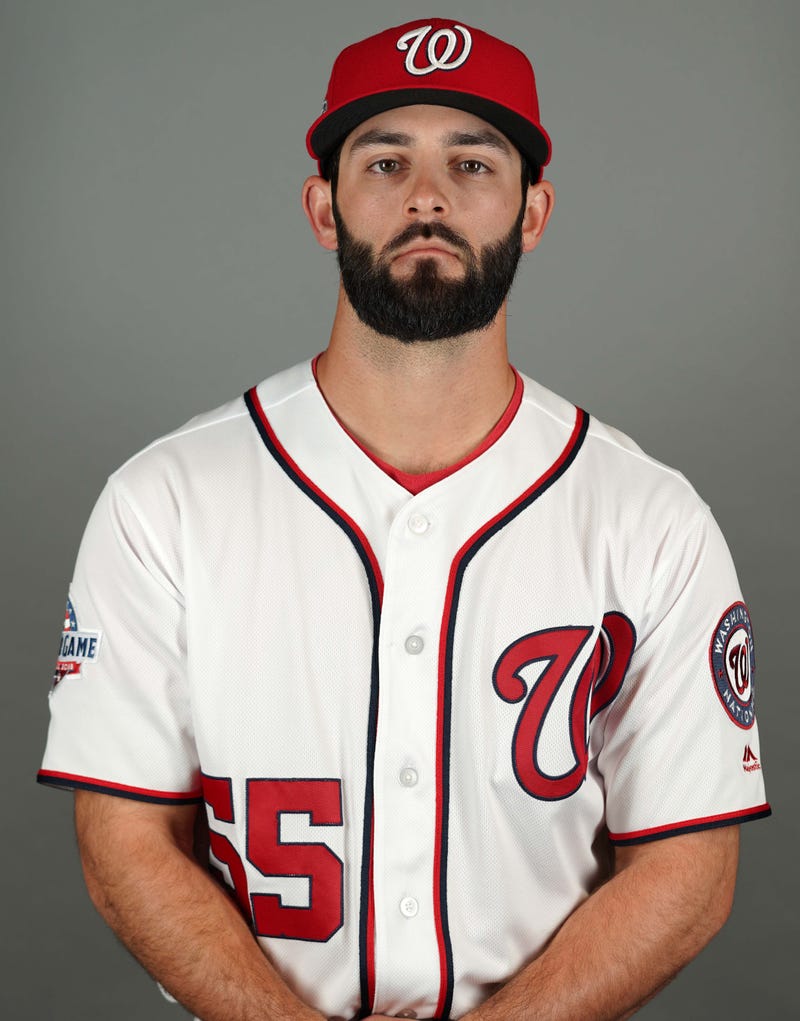 Lefty reliever Tim Collins, 1,301 days since his last MLB appearance, returned to the mound for the Nationals Monday night, striking out two in one scoreless inning of work.

"It was awesome. I compared it to my debut back in 2011, with just some slight differences," Collins told 106.7 The Fan's Grant & Danny. "This one was more of a battle to get there."

"Obviously making my debut was a dream come true," he said. "But rehabbing the last three years, it seemed like it was gonna be never-ending. I just didn't know when I was going to get this opportunity and it finally came last night. It was, in another way, a dream come true."

Collins last appeared for the Kansas City Royals in Game 6 of the 2014 World Series, three years and nearly seven months ago. The 28-year-old has undergone a world of setbacks in his plight to return to the big leagues, starting with Tommy John surgery in the spring of 2015 that didn't take.

A year later, it was discovered that the initial operation had been a failure, and that Collins would need to undergo yet another Tommy John procedure. Still rehabbing, Collins became a free agent in Nov. 2016, and after signing with the Nationals on a minor-league contract a month later, he was assigned to Triple-A Syracuse.

Collins would open the 2017 season on the 60-day disabled list, and not return to action until July. After a brief rehab assignment, he struggled mightily at Double-A Harrisburg, going 1-1 with a 14.54 ERA, while allowing 14 runs on 12 hits, 10 bases on balls and two hit batsmen in 10 appearances.

After electing free agency, Collins re-signed with the Nats in Dec. 2017, on another minor-league deal, and he's been nails in Syracuse, going 1-2 with a 3.63 ERA, nine walks and 20 strikeouts in 17 appearances.

1,301 days since his last @MLB appearance, Tim Collins strikes out 2 in his #Nats debut. pic.twitter.com/OYOXZNWm7W

Asked if he ever gave up hope along the road to recovery, Collins said, "There were a lot of times where it just kind of seemed like I hit a wall. The first, obviously, was the first surgery not working out and having to have a second surgery. You know, a lot of teams don't want to take chances on guys with two arm surgeries, especially Tommy Johns."

"Fortunately, and thankfully, the Nationals took a chance on me, kind of like they did with Shawn Kelley," he said. "And I'm extremely grateful for that opportunity. Yeah. It's been a long three years and, like I said, there was a lot of times where I wondered if this was ever going to work out. But, you know, that just kind of fueled the fire for me. It made me want a little bit more and made me push myself a little bit more to get back to this level."