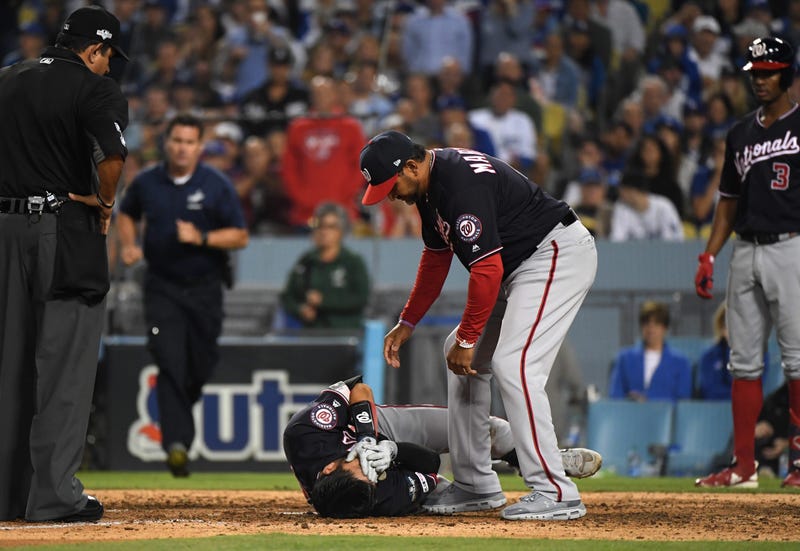 It was a scary night in Hollywood, even before the final score was known.

The Washington Nationals were fighting for a comeback when catcher Kurt Suzuki stepped into the batter’s box in the seventh inning of Game 5 of the NLDS.

Los Angeles Dodgers pitcher Walker Buehler’s fastball, his 101st pitch of the night, crept up and in, and Suzuki instinctively raised his arms in self-defense.

The pitch made hard contact with his left wrist, but then ricocheted up toward his head, knocking his helmet off and Suzuki to the ground:

Scary moment to start the top of the 7th. Prayers to Kurt Suzuki ----pic.twitter.com/bnsmEIYGrc

Fortunately, after a short time on the ground with the medical staff, Suzuki was able to walk off the field with help, and went directly into the tunnel from the dugout.

Suzuki obviously left the game and was replaced on-base and behind the plate by backup catcher Yan Gomes. It is likely that Suzuki is being tested for a concussion after grabbing at his head.

Suzuki was hitless on the night but had walked earlier in the evening.

We will update the story as more information becomes available.