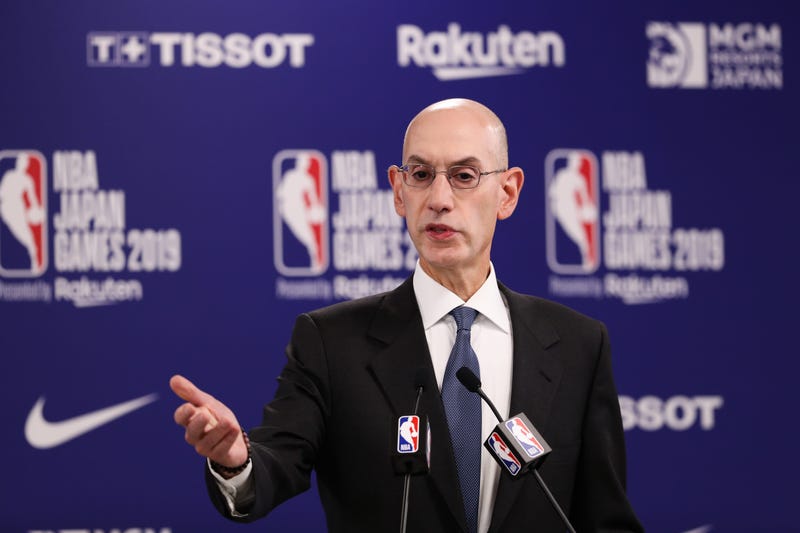 The league said the positive tests came as a result of 344 tests conducted between June 24-29. This brings the total to 25 players who have tested positive since testing began on Jun 23 out of 351 total tests for COVID-19.

The NBA said they conducted 884 tests of team staff between June 23 and 29, with 10 positive results.

The league is scheduled to resume the season is on July 30 with 22 teams, including the Washington Wizards, playing in Orlando, Florida. Teams will begin training camps starting on July 9.
The Wizards' Davis Bertans has already said he will not participate in the restart. Star guard Bradley Beal said Wednesday he had not decided if he would play in Orlando.

Commissioner Adam Silver said earlier this week the NBA remains "pretty confident" about their plans to return safely to play.

"One thing we are learning about this virus is much (is) unpredictable, and we and our players together with their union look at the data on a daily basis," Silver said. "If there were something to change that was outside of the scope of what we are playing for, certainly we would revisit our plans.

"We are testing daily. We haven't put a precise number on it, but if we were to see a large number of cases and see spread in our community, that would of course be a cause to stop as well."