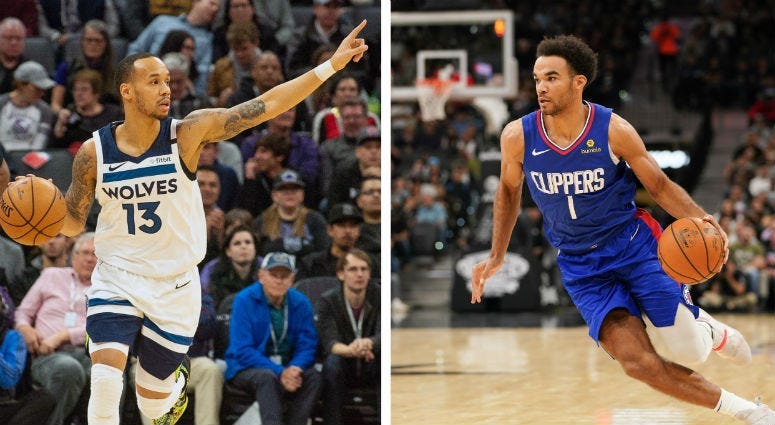 The NBA Trade Deadline has come and gone and the Wizards backcourt depth has been retooled.

The Wizards made two trades Thursday, adding veteran Shabazz Napier in a trade with the Nuggets in a swap for Jordan McRae, and shipping Isaiah Thomas to the Clippers for Jerome Robinson in a three-team trade that sent Marcus Morris to L.A. and Moe Harkless and the Clippers' 2020 first-round pick to New York.

The #Wizards are trading Jordan McRae to the Denver Nuggets for Shabazz Napier, the Post has learned.

The Clippers, Knicks and Wizards have agreed to a three-team trade that will land Marcus Morris and Isaiah Thomas with the Clippers, league sources tell ESPN. Jerome Robinson will join the Wizards, Moe Harkless and a 2020 first-round pick to the Knicks.

The Wizards were rumored to be shopping Davis Bertans, but opted to stay pat past the deadline with hopes of re-signing the veteran Latvian forward to an extension during the offseason.

Napier enjoyed a succesful four-year career at UConn before entering the NBA in 2014. He led the Huskies past the Kentucky Wildcats in the 2014 NCAA National Championship and was named Most Oustanding Player.

After being drafted by the Heat in 2014, Napier has bounced around the league, spending time in Orlando, Portland, Brooklyn, Minnesota (9.6 PPG, 3.1 RPG, 5.2 APG during the 2019-20 season), and will now be headed to the nation's capital. Napier was previously traded to the Nuggets Wednesday.

Robinson spent three seasons at Boston College before declaring for the 2018 NBA Draft, where the Clippers selected him 13th overall. He was never able to crack Doc Rivers' main backcourt rotation this season (2.9 PPG, 11.3 MPG), with Lou Williams taking the bulk of the minutes, but will surely get more playing time with the Wizards.