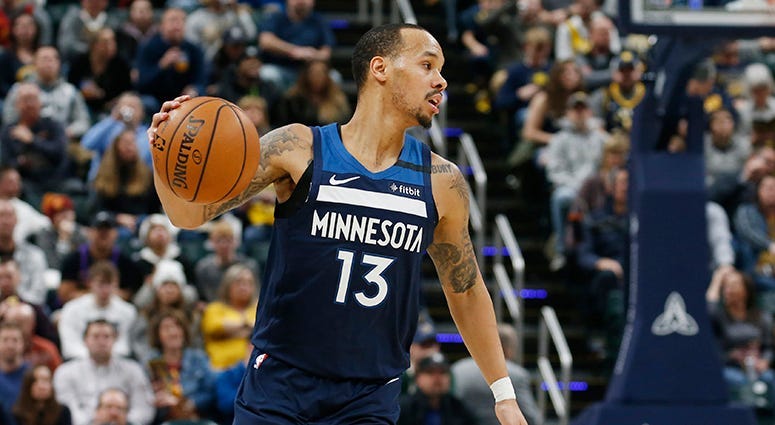 There's a term for the Wizards trading Jordan McRae for Denver's Shabazz Napier and getting Los Angeles Clippers guard Jerome Robinson for guard Isaiah Thomas – rattling deck chairs on the Titanic.
The NBA trade deadline ended not with trading Davis Bertans to Boston for supposedly two first-rounders, which would have been a steal for Washington. Instead, Washington managed a couple of small-ball moves.
The Wiz shipped reserve shooting guard McRae, who's having a career-best season for a point guard whose resume is, at best, confusing. Napier was a two-time national college champion and 2014 first-rounder who has played for six teams. He's a capable point guard who has learned to shoot less and pass more.
Still, McRae was averaging a career-best 12.8 points, nearly double his previous three seasons with three teams. McRae gave the Wiz more scoring punch than Napier will, but Washington hasn't been able to outscore many teams in a 17-32 start.
Robinson gives the Wiz some practice help while losing some reserve offense in Thomas.
Really, the Wiz were smart not to make any major short-term moves. This season is already doomed without injured guard John Wall. They're four games and two teams back of the final wild card slot. The NBA isn't like the NFL where low-seeded teams like Tennessee could advance in one-and-done postseason format. The Wiz would have exited after one round, so why spend the future on that?
The Wiz must not have been serious about trading Bertans, because nobody was paying two first-rounders for a fourth-year guard whose 15 points-per-game average is twice his career norm, and he will be an unrestricted free agent next season. (Wiz stats will be looked upon years from now like some corked-bat, juice-ball era when no defense produced incredible offensive scores.)
Bertans is a nice outside threat whose 43 percent conversion rate for three-pointers makes him a game-changer over short periods. But, he's not worth two firsts. Maybe one for the right team looking for playoff help. The Wiz might have gotten greedy, or just didn't want to part with him.
Overall, the Wiz simply need to survive the rest of the season, then hopefully add a productive first-rounder, combined with Wall's return, to compete next season. This trade deadline passed without impacting next year.
Rick Snider has covered Washington sports since 1978. Follow him on Twitter: @Snide_Remarks