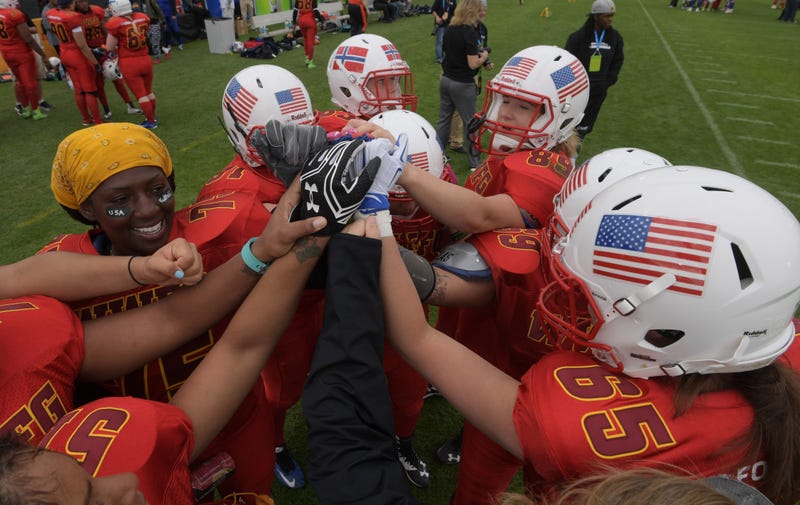 Maybe the best-kept secret in Washington sports has been the D.C. Divas. Despite three national titles and steady success since its 2001 inception, the women's football team is often overlooked.

Until now. Former local TV news videographer Rich Daniel purchased the Divas on Wednesday after 14 years as the general manager. Now comes a new media effort to connect with fans. Online streaming and podcasts of the spring league are among options as Daniel seeks to increase crowds reaching 2,000 in the shadow of FedEx Field.

"There are still people that don't know us," Daniel said, "and there are a lot who need to take the next step to seeing us or supporting us in some way. It may be supporting a charity or community event we endorse."

Longtime Divas owner Paul Hamlin needed a successor after 14 seasons that included a 107-33 record with 12 division titles, four conference championships and national titles in 2006, 2015, and 2016. Daniel didn't want to see a team with 500 alumni and coaches close, so he bought the Divas.

"I've seen their sacrifice, effort, passion, commitment, love from so many people," Daniel said. "A lot of people have put a lot into it. It's taking over the stewardship and valuing what people have done."

Daniel worked under legendary sportscaster Glenn Brenner at WUSA-9 before spending 20 years at WJLA-7 when rising to sports director and executive producer. He also worked with the Redskins as a videographer from 1994-2000.

"When I worked for the Redskins, I got to see different perspectives from the head coach to general manager to ownership change that were all very valuable experiences," he said. "Mr. [Jack Kent] Cooke was one of the greatest owners. He had such great vision. He brought fun, excitement, winning."

Daniel said the Divas have produced high school and college coaches from its former players. It's all about growing the game. Indeed, there are more than 100 women's teams nationwide, with the Divas' 18 seasons now second-most in the World Football Alliance. Already, the team is readying tryouts on Oct. 11 for the 2019 team at the new St. James Sports and Entertainment Center in Springfield.

"Better chance of us being nominated for the Supreme Court," he said. "We're old and arthritic. We're perfectly happy reliving the glory days of our game 14 years ago. But good luck to the Divas. That was an awesome moment for the show. We've often said we peaked when we played the Divas. It's been all downhill since."