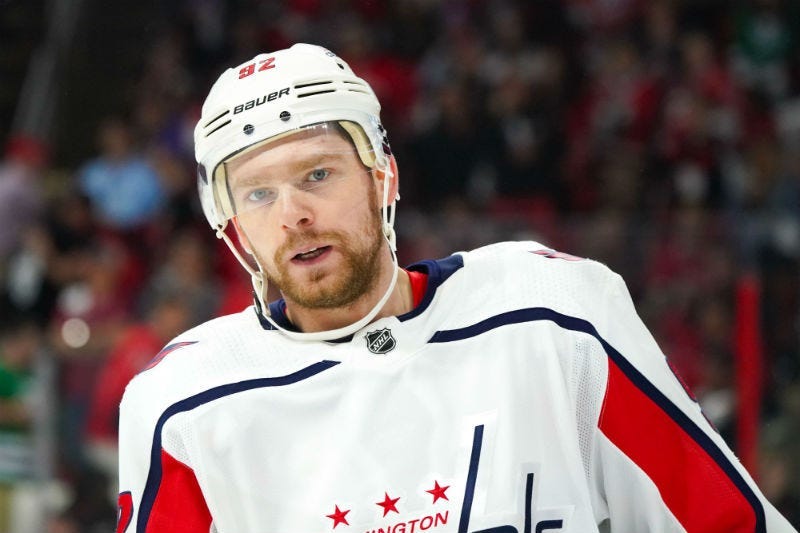 The NHL has closed its inquiry into a situation surrounding a video showing Washington Capitals forward Evgeny Kuznetsov next to an unidentified white substance.

"While we certainly do not condone or endorse some of the decisions he made on the night in question, Mr. Kuznetsov's account of the events that transpired aligns with other information we have been able to gather, and we have found no basis to question his representations with respect to what did -- and what did not -- occur," NHL deputy commissioner Bill Daly said in a statement Friday. "We consider the matter formally closed."

The league said their review of the situation included an in-person interview with the Capitals forward.

Moments before the NHL released the statement, the Capitals said they were disappointed by Kuznetsov's presence in the video.

"In addition to doing our own due diligence, we met with Evgeny to discuss the video circulated on social media. While we are disappointed by his presence in the video, we accept his explanation and apology for putting himself in an unfortunate situation," the Caps' statement read. "Evgeny has been a terrific player and an active member of our community, and we expect him to learn from this experience and uphold both the standards the organization has for him as well as his own."

In a statement posted on the Capitals site, Kuznetsov denied using illegal drugs.

"While I have never taken illegal drugs in my life and career, I would like to publicly apologize to the Capitals, my teammates, our fans and everyone else, for putting myself in a bad situation. This was a hard lesson for me to learn," he said in a statement.

The video, which was originally posted on Twitter by @Thesavspb but has since been deleted, showed Kuznetsov in what appears to be a hotel room sitting by a table with lines of white powder and a rolled-up bill. Kuznetsov is never shown ingesting the powder.

Kuznetsov confirmed the legitimacy of the video in a statement to a Russian media outlet but claimed he has never used drugs.  "Yes, I saw this video appear on the network," Kuznetsov said in his statement, as translated through Google. "I do not always have something to do with what is happening next to me. I have never used drugs and I am not going to get involved in this. If I have questions, I am ready to undergo a medical examination at any time."