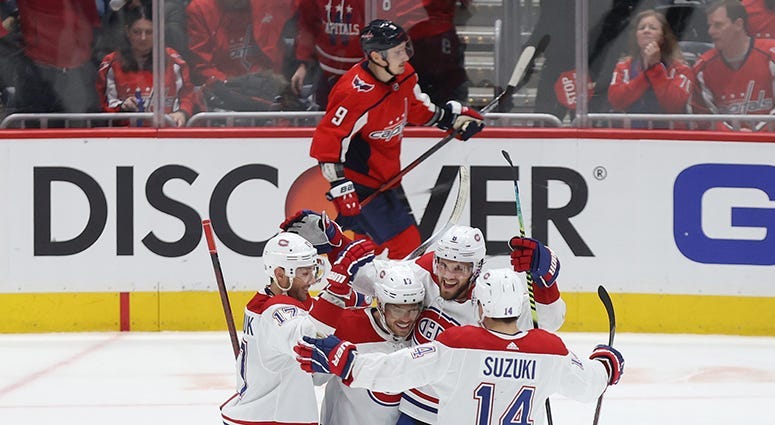 There's no sense of panic in the Capitals locker room despite their recent downward spiral, Lars Eller told The Sports Junkies this week.

"No, I don't think we should be worried," Eller said during his weekly appearance – driven by AAA – when asked how worried fans should be. "There's certainly no sense of panic in our locker room."

"We are going through a rough stretch where I think we're not on top of our game, we're not playing our best hockey right now, and every team goes through this at some point in the season and we need to be on top of our game when we hit April," he said. "But of course we want to turn this ship around as soon as possible, and we know we have a lot better than we've shown most of February."

This is already an uneasy time of year for many NHL players before factoring in the pressure to make the playoffs. The NHL trade deadline – which arrives Monday, Feb. 24 at 3 p.m. – adds a level of uncertainty to locker rooms around the league.

"I think for a lot of guys it's definitely something that's in the back of their heads," said Eller, who's been traded twice in his 11-year career. "To say you're not thinking about it, it probably wouldn't be quite accurate. I think personally I've been through some years where you know that was a possibility that was gonna happen."

"I'm not too worried this deadline, but it just comes with the job," he said. "If it happens, it happens, and if you don't, you just keep going about your business and being a pro. It's just, it's the nature of the business that there's no certainty. It's not something that's being discussed a whole lot in our room right now or talked about. We're aware of it, but we're just going about our business focusing on the next upcoming games."

The Caps have already made one addition in defenseman Brenden Dillon, who was acquired in a trade with San Jose on Tuesday. The night before the deal, Dillon delivered a teary-eyed post-game interview when asked about the possibility that he just played his last game with the Sharks, the team with whom he'd spent the past six seasons playing. The next morning, he was dealt.

"I think he's a very welcome addition to our team," said Eller. "I think he's a solid player, has been in the league for a long time, has experience. I think he checks a lot of boxes, can probably go in immediately and play. It's always good to have some depth, especially on D, going into the playoffs. Last year we lost (Michal) Kempny not long before the playoffs and that hurt us a bit. I think he's gonna make our team better."

Coincidentally, Dillon – then with the Sharks – once fought current Capitals forward Garnet Hathaway, who was still with the Flames when the two dropped the gloves in March 2018.

"I think he definitely brings some sandpaper to our lineup along with Hath and some other guys," Eller said. "He brings some physicality to our lineup, which is always welcome. I think he's gonna fit in very good with our team."