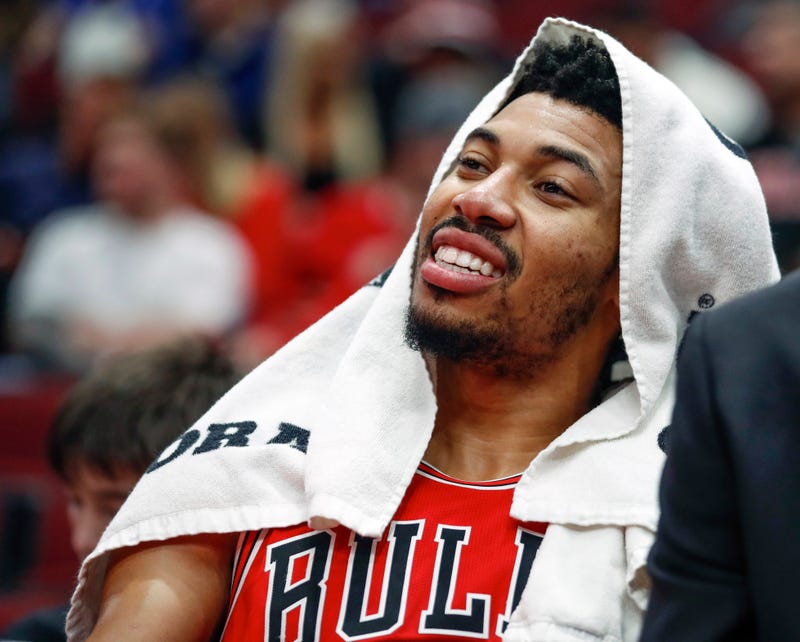 Yeah, sure, the Wizards have an impossible-to-believe history of trading homegrown players away, only to see them climb to extraordinary new heights once their gone.

Richard Hamilton, Rasheed Wallace and Ben Wallace were former Wizards who literally just met up in a new city and won a championship together.

Oh, you played for them too? That's wild. You wanna, like, win an NBA Title here or something?
Chris Webber was, like, really good for a very long time after leaving. Not at all painful to watch for like a decade.
And, okay, D.C. sports fans only recently had to endure train-wreck former Wizards like JaVale McGee and Nick Young winning championships. McGee twice, but who's counting?
You twisted my arm.
But there's nothing to see here... Just Otto Porter with 21 points and five boards at the half.

Just Porter picking up right where he left off in the third quarter.

While the Wizards just finished blowing a 12 point lead in Toronto...Otto Porter already has 27 points, on 11-12 shooting including 3-3 from three for the Bulls...and there's 9 minutes to go in the THIRD qtr --

Just Porter already adding new elements to his game only a week after being traded.

Did not expect to see much of of Otto Porter creating in pick-and-roll. If he can do this consistently, it makes him a much more interesting player. pic.twitter.com/iC1u5IA3Vm

Just Porter also continuing to do the things he already did well.

Otto Porter Jr. is giving the Grizzlies some trouble out there --He's at 22 points after the first half, shooting 7/8 from the field and has made every 3-pt attempt so far. pic.twitter.com/rlZGEmeXSa

Otto Porter also scored a career high 37 points on 16-20 shooting.Former Wizards forwards are thriving outside of D.C. It's not a coincidence. https://t.co/kq43zarGSa

Just Porter's new city falling completely head-over-heels in love with him in a literal week.

Otto Porter Jr. shoots an efficient 16 of 20 from the field en route to scoring a career-high 37 PTS in the @chicagobulls win! #BullsNation pic.twitter.com/RvkjMyG46N

At least Porter's not in any sort of elite company or anything!

Nothing to see here at all.