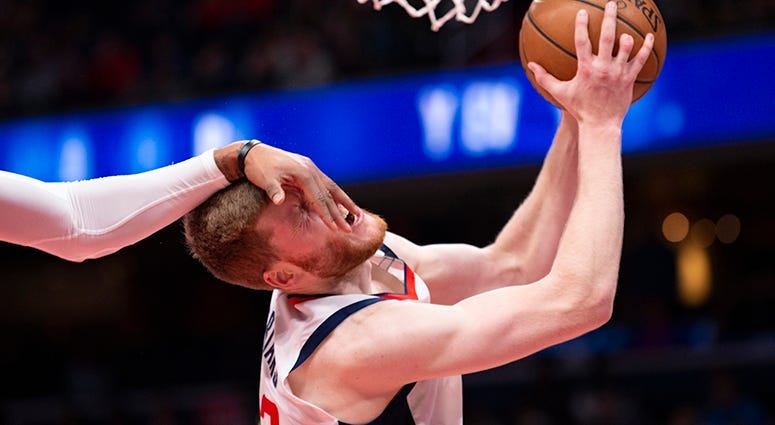 The Wizards should be renamed Bradley Beal and the Dreamers for talking about the playoffs.

Just past midway in the season, the Wiz are 14-28. That's only four games back of the final Eastern Conference playoff spot, but let's be real – the Wiz stink. When you win one-third of your games, you really stink. Playoff talk is gibberish. Crazy drunks on street corners make more sense.

But to somehow get through the next three months of misery before spending the spring on golf courses, the Wiz are teasing die-hard fans (the only ones left) with this nonsense of making the postseason. And seriously, if they actually did make it, all that means is a quick one-round elimination. Oh yeah, that's the benchmark of a successful season.

"That's the goal, that's every day for us," said Beal of the postseason. "Especially in mind in the back of my head. I know, especially once All-Star hits, that second half is just flying. We have to tighten up and try to get some wins here before the break because that's usually the time when teams like to ease off the pedal a little bit. We have to take advantage of (that), that advantage of our schedule, take care of our bodies, and rally together."

Beal is paid ludicrously well to say things like that. Like $27 million this season alone – more than everyone in the upper rows of Capital One Arena will make collectively in their lifetimes for leading this hopeless crew. At least Beal earns his money by averaging 27.2 points, but even he has been disillusioned at times by this team.

The Wiz are essentially a couple good players and some friends playing in a playground tournament for some exercise. There's no energy, and certainly no defense until the last few minutes of a game. While that's often true around the NBA, the Wiz are just bouncing the ball downcourt like a youth team learning the game.

Is that on coach Scott Brooks? Not really. You can only work with what you have and that's essentially Beal, Davis Bertans and injured Rui Hachimura. The Wiz knew this season would stink without injured point guard John Wall. Hopefully, they'll merit a high draft pick from the misery that, alongside Wall, jumps this team back to respectable next season.

Owner Ted Leonsis finally fired general manager Ernie Grunfeld and instituted an expensive support system for better physical and mental health. So far, early results are a bust, but the team should be better in two years.

Until then, it's more like watching the Washington Generals than the Wizards.