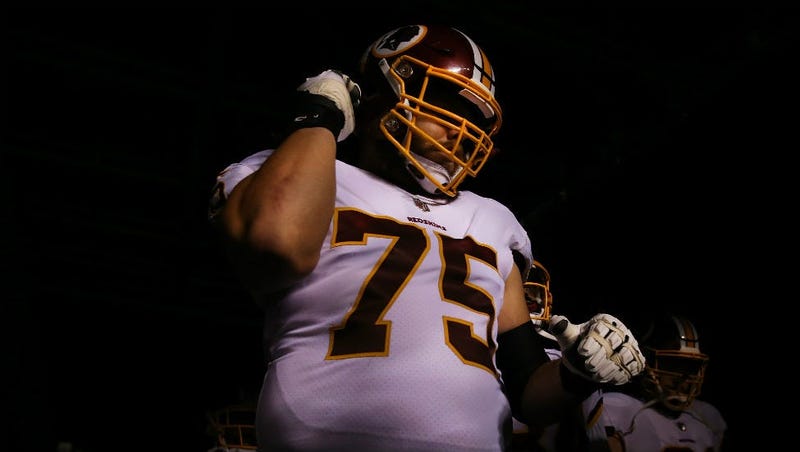 The Washington Redskins are not waiting for the offseason to begin contract talks with guard Brandon Scherff, NFL Network's Ian Rapoport said.

"The Redskins have had some contact with him, some negotiations on a potential big-time, long-term extension," Rapoport said Monday.

"But they really have not gotten much off the ground despite the Redskins offering him a contract of more than $13 million per year, which would put him about at the top of the guard market," he said. "Those conversations likely to continue."

During training camp, Scherff told 106.7 The Fan he was not worried about contract talks, despite his contract uncertainty being a major talking point.
"I'm here for another year, that's all I care about," Scherff said on Grant & Danny in July.

"I gotta control what I can control, that's why I got an agent for, you know? That's his job," Scherff said. "I'm just worried about playing football and getting better. So, I'm not really worried about it."

Rapoport added it wouldn't be a surprise if Scherff still ends up hitting the free-agent market, which he will do after the 2019 season, and he could become the highest-paid guard in the NFL this offseason.

"If it gets done it gets done. I really want to stay here," Scherff told 106.7 The Fan during training camp.