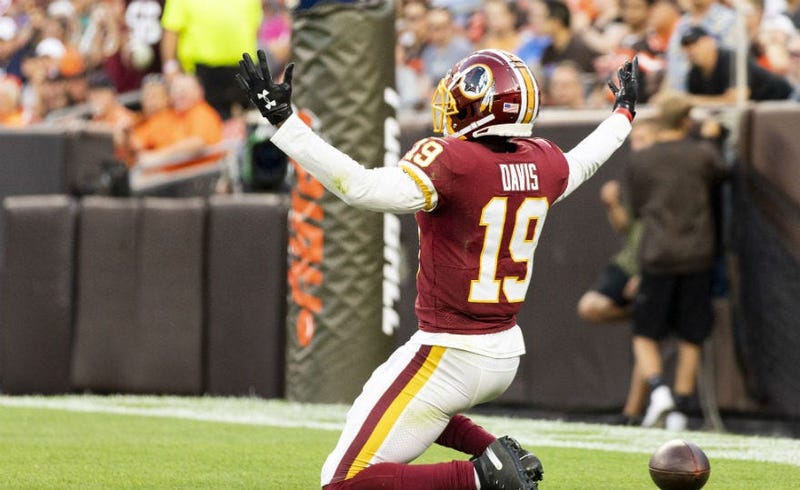 The Redskins have 53 players on their roster. It is not the same 53 they will take to Philadelphia for Week 1 of the 2019 NFL Season, but it’s close.

The Redskins made some tough decisions, but have pieced together a functional roster that sends a clear message moving forward: Be great at something or be good at everything.

MORE: Redskins official 53-man roster
The biggest headliner is the team cut former first-round pick Josh Doctson. The fourth-year wide receiver never lived up to his extraordinary physical talent. Not all of that can be put on him. The initial injury in his rookie year put him way behind the curve and left a bad taste with a lot of people in the building. It’s also had lingering effects and he still wears a modified shoe to play.

That said, Doctson’s body language around the building (often described as mopey and other synonyms) didn’t help make up for the lack of production.

The Redskins chose Robert Davis over Doctson. Davis has elite speed and uses it on offense and special teams. The latter is why he’s on the team. Doctson would have been a starting receiver in name only who didn’t participate in any other facet. Realistically he was a rotational receiver with no other value.
Davis is a rotational receiver who can take the top off a defense and then go down and cover punts. That has value on an active, game-day roster. The same can be said for Steven Sims, who will rotate in at receiver and be the Redskins leading returner on punts and kickoffs.
Samaje Perine suffered the same fate as Doctson. Perine deserves credit for his professionalism and steady improvement despite his lack of opportunity over the last year. However, what he’s grown into is still at absolute best an average NFL runner and despite his best efforts, he’s ineffective on special teams and limited as a pass-catcher.
MORE: Redskins cutdown day tracker
Byron Marshall makes the team over him instead as a backup for Chris Thompson in the 3rd down role and a more effective special teamer. It should be pointed out that Marshall could easily be cut by Wednesday. The words “for now” were used in response to the question “did he make the roster?” So things are far from settled at the running back position and with the roster in general.

Through and through, Washington chose functionality over anything else. What can a player do to help our team on Sunday? If the answer wasn’t “starter level production” or “multiple things” then they were jettisoned. It’s a strategy they needed to employ as they’re still light on star power and will require consistency in all three phases to win.

They’re betting on consistency over flash potential. We’ll see if that bet pays off.

Finally, the season is almost here.