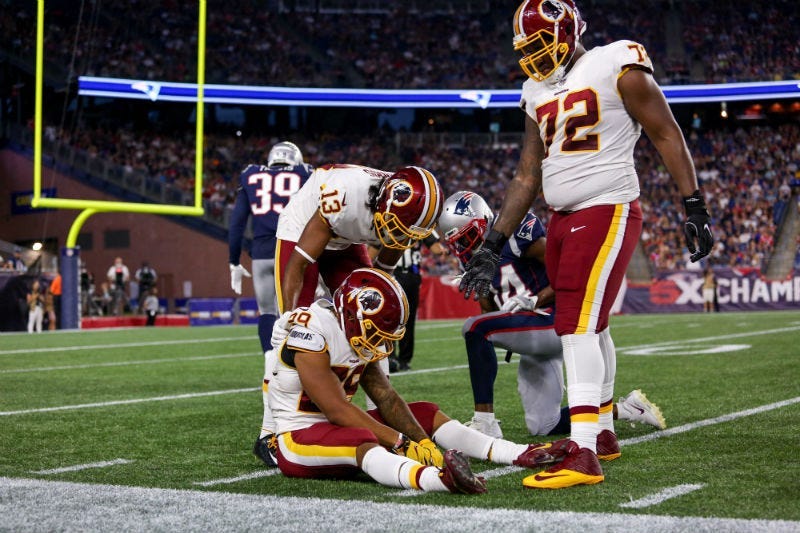 The Redskins appear to at least be doing their due diligence as to why they are so injury plagued.

It is frankly stunning how injured they've been the past two years. The Redskins had 28 different players listed on Injured Reserve throughout the 2018 season, according to Pro-Football-Reference, 26 the season prior.
Michael Phillips of the Richmond Times-Dispatch, appearing with Chad Dukes on 106.7 The Fan, teased a deep dive he's working on regarding Redskins injuries and the steps the organization is taking to alleviate the issue moving forward, which you can keep an eye out for at Richmond.com in the coming weeks.

"One thing I will tell you, though," Phillips said Monday. "Bruce Allen and the Redskins were so concerned about this, they hired outside consultants to come into the building this offseason and examine everything about the way the Redskins handle injuries. Top, down. Top to bottom.

"Gave them full latitude of the building – ask questions, do whatever you want. So I can tell you that while it is still happening, that's bad, there's at least a general awareness that this is bad and this is not normal."

"So yes, they are asking the questions," he said. "I don't know that they're receiving answers that anybody would deem satisfactory or that are changing the course of things, but I can tell you that it is on the radar and yes, they spent a little bit of Mr. Snyder's money looking into that."

"Well, thank God," Dukes replied. "I mean, just acknowledging there is a problem is so vital with this organization."