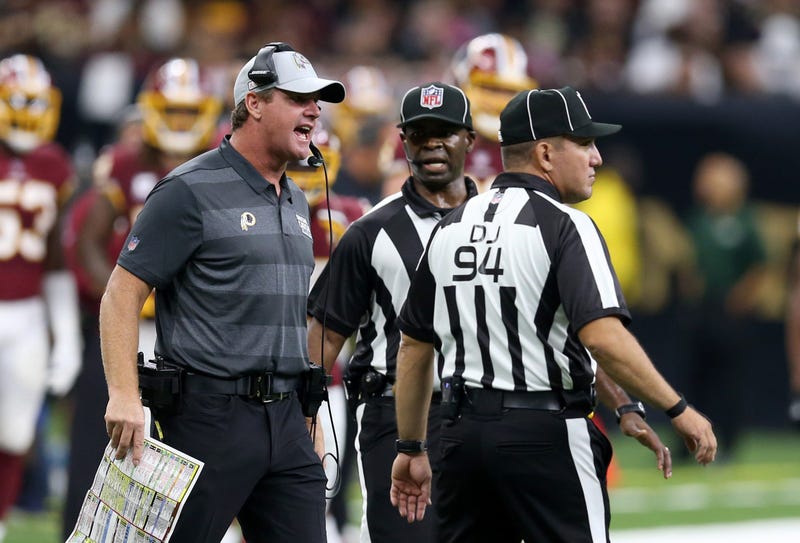 No one can deny the fact the Redskins played like poop in Monday's 43-19 loss to the Saints, Jay Gruden included. In fact, Washington's head coach just came out and said it.

Asked on Wednesday if Alex Smith's struggles throughout the New Orleans game could be related to the pressure he was under early on, Gruden responded: "The really good quarterbacks, the veteran guys like Alex who've played a long time, it shouldn't affect. One play shouldn't affect the next play."

Smith didn't play well on Monday, failing to throw a touchdown pass and getting intercepted once, but he certainly didn't receive much help from Josh Norman and the defense. The whole team looked like it was stuck in the mud. Or as Gruden would say, crap.

However, Washington will have to clean itself up quickly and get ready for another tough NFC South foe in the Panthers, who will visit FedEx Field Sunday at 1 p.m.