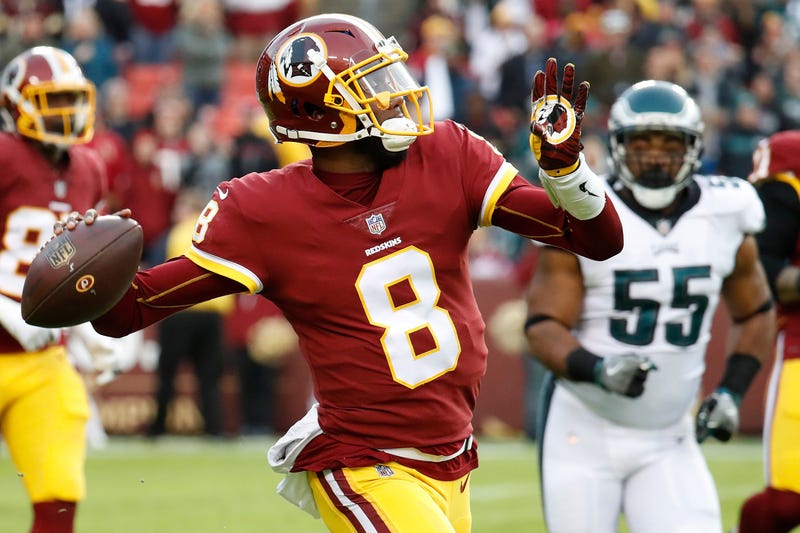 January 31, 2019 01/31/2019 10:54 pm
Alex Smith may not be back in time for the 2019 season, but the Redskins have at least some stability at quarterback.
Along with Colt McCoy expecting to make a full recovery, the Redskins are working to bring Josh Johnson back, team president Bruce Allen told JP Finlay.

Bruce Allen told me that the Redskins are working to bring back QB Josh Johnson.

The 32-year-old quarterback got his first start since 2011 in Week 15 for the Redskins, who were crippled at the position after losing both Smith and McCoy in the span of three weeks. Johnson took over the offense the week before, after Washington's initial fallback plan, Mark Sanchez, was mercilessly picked apart by the Giants defense.

Johnson completed 57.1 percent of his passes for 590 yards, three touchdowns and four interceptions through four games, while contributing another 120 yards and a touchdown on the ground. He was sacked nine times in that stretch, as the tattered remains of Washington's offensive line was pressed to its limits down the home stretch of the season.

Johnson finished the year with a 69.4 passer rating – not great, although far more competent than Sanchez and his 28.0 rating. More importantly, the offense could function with Johnson at the helm, and they even got a win behind him in Jacksonville.

All of that makes for the situation they're in now, heading into an offseason with very little money to spend at quarterback, but still in need of another quarterback.

Johnson may be just the guy.