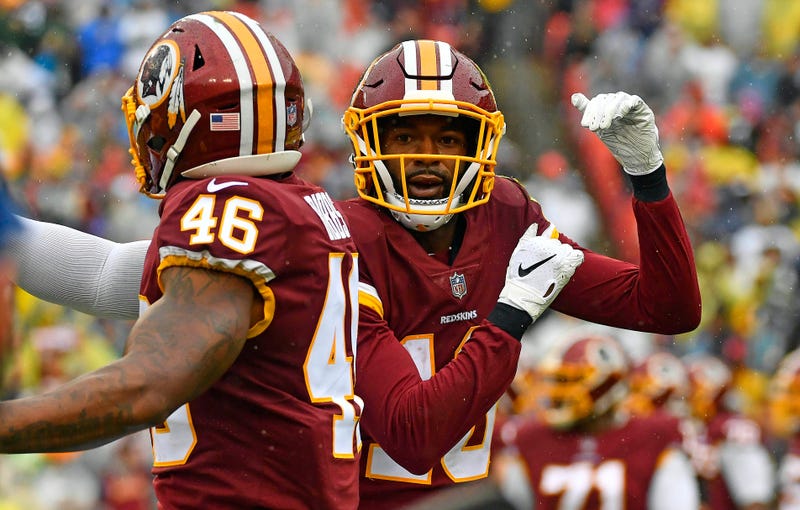 In addition to losing starting guards Shawn Lauvao and Brandon Scherff to a torn ACL and torn pectoral muscle, respectively, the Redskins will also be without wide receiver Paul Richardson for the rest of the season. Richardson, to whom Washington committed $40 million in the offseason, has been dealing with an AC joint issue all season and will undergo season-ending shoulder surgery.

"Paul's been dealing with this thing all year as you know, and he's been dealing with it," Gruden told reporters Monday. "Toughed it out for eight weeks, and I think the pain has just been bothering him so much that I think he needs to get it fixed."

"I commend him for his efforts, trying to play for the eight weeks that he played," Gruden added. "But I think it's time to get it fixed."

Quinn will be eligible to return one week from now, when the Redskins are preparing for the Texans.

That would answer the question of who Washington plans to use its second IR designation on, as Byron Marshall was designated to return from IR last week.

The first-place Redskins (5-3) will now go the rest of the way without two starting guards and a starting receiver. They were expecting bad news on Scherff and the MRI revealed those fears were warranted. In addition to filling Scherff and Lauvao's roles on the offensive line, the Redskins will also be without starting left tackle Trent Williams, who had thumb surgery last week, for another three weeks or so.

Morgan Moses, who left Sunday's game with a knee injury only to return later, is listed as day-to-day with an MCL injury. Quinton Dunbar (nerve damage, lower leg) and Jamison Crowder (ankle) are also day-to-day.