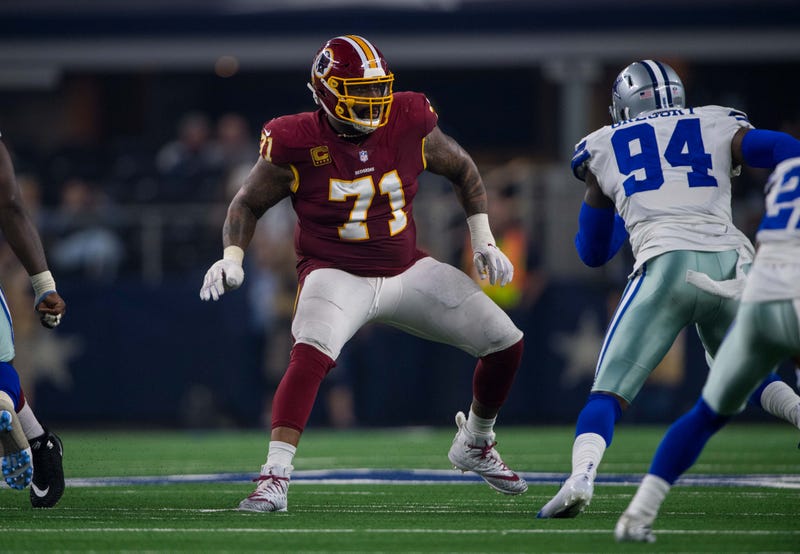 With his trademark smirk, general manager Bruce Allen threw another verbal log on the fire this week, declaring that estranged tackle Trent Williams will play football again for the Washington Redskins.

It was a statement so illogical, that not even the team-paid analysts on the fourth preseason broadcast could agree. Both Joe Theismann and Clinton Portis agreed that Williams was done in D.C. (DeAngelo Hall said something similar.)

If the team’s broadcast can’t even support the team’s talking points, then all reason for hope is gone. Here’s where we go from here and how the team could end up with less than nothing:

Help now: Even with injuries and age, not many teams can replace a player of Williams’ caliber, and the Redskins are no exception. Geron Christian is learning on the job while protecting the quarterback’s blindside. In fact, the team’s poor preseason play on the left side of the O-line almost certainly impacted the team’s decision at starting quarterback. A lengthy absence by Williams could further delay rookie quarterback Dwayne Haskins’ arrival in the starting lineup.
Help in the future: Williams asked to be traded, and the Redskins reportedly fielded offers that included draft picks and players. Let’s say the team recouped a high draft pick in next year’s draft. It doesn’t help the 2019 Redskins, but it gets his salary off the books and builds for the future. By waiting, the Redskins have torpedoed his trade value, keeping his salary and drama on the books at Redskins Park.
Team chemistry/morale: It’s worth noting that no teammates have yet turned on Williams in the media, either on or off the record. Check any other high-profile NFL holdout, and you’ll find teammates willing to gripe about his absence. Not so with Williams, who will be welcomed back with open arms according to many of his teammates. That shows how much respect the locker room has for Williams, who has played well and played hurt in recent years. His holdout is a distraction for a team, a position group, and a coach that has no margin for error.
Reputation: The afterglow of Andrew Luck’s retirement bomb casts the situation in a new light—one that isn’t flattering for the team. To be fair, the situations are different, but this is what they have in common:

The major difference is that Luck doesn’t want to play football anymore, and Williams says he doesn’t want to play football under the care of this medical staff. That resonates with players who are increasingly worried about their health and want teams to care too. The Redskins, who have struggled to keep players healthy in the last two years, should fight any perception that they don’t care.

Instead, Allen is daring Williams to get into a war of words. He either knows something he isn’t sharing or he doesn’t know/care about the consequences.

At this point, the Redskins have gone all-in on Williams returning. With the regular season starting next week and game checks on the line, we’ll see how long Williams can resist Redskins Park.

But even if Williams returns, there is no way that the Redskins are better for the drama. They can only hope to limit the damage.