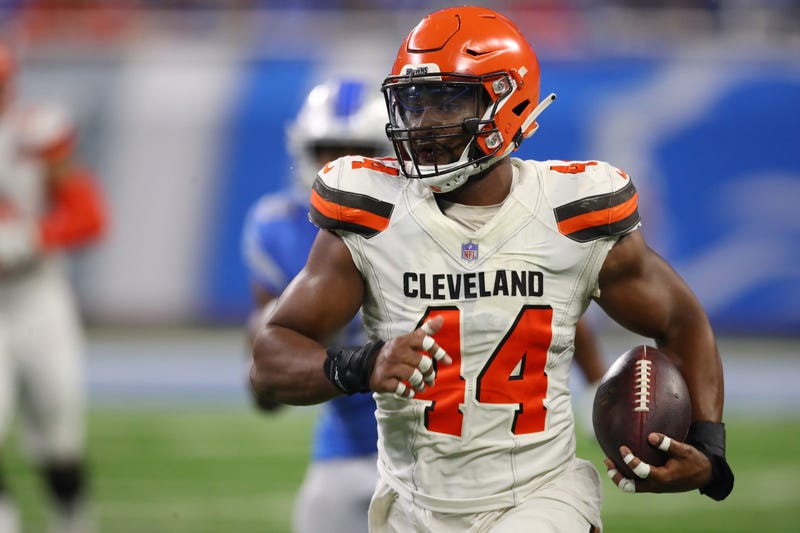 Before the Washington Redskins called Nate Orchard in for a tryout he was installing windows in Utah.

Yes, the linebacker was spending a few days each week installing windows from 7 a.m. to 3 p.m. while waiting for his next NFL chance after being released by the Seahawks and Dolphins during the preseason. His opportunity came in Week 13.

"Every week since the season has started I've had a workout," Orchard told Grant & Danny Wednesday. “(I would) leave my family every Monday, workout on Tuesday not knowing if I’m going to be back or not. So it was just a roller coaster of emotions this entire season. ”

The Redskins were the 11th team to bring Orchard in for a tryout. And this time he was able to stay.

“And when they came in the cafeteria and told me they were signing me, my heart just kinda dropped and I was relieved and just excited about the opportunity,” he told 106.7 The Fan.

“My mind was all over the place,” Orchard said. “Should I be done for the year and focus on family or keep going at it? My wife pushed me to keep working out, to keep (returning to the league) in the back of my mind.”

And Orchard didn't waste that opportunity to make an impact for the Redskins defense in the team’s win over the Panthers, recording a sack, recovering a fumble, and tallying two tackles for loss.

Though Orchard might be new to D.C. fans, he isn’t new to casual football fans after his breakout appearance on HBO’s “Hard Knocks” during his stint with the Browns in 2018. The show provided a look at Orchard’s family, and he became a fan favorite soon thereafter.

Orchard said the lack of job security had taken such a toll on his kids, who range in age from 1 to 6 years old, that his daughter started to cry during Sunday’s Redskins game.

“I’ve had a run of bad luck between Cleveland and bouncing around last year,” Orchard said. “I just want to prove to people I can still play, that I’m capable of going out and making an impact.”

Orchard, who also has an internship lined up at Morgan Stanley after the season, said he was excited to join the Redskins defense because the unit gives players a chance “to go out and eat.” He’s hoping to receive more playing time Sunday in Green Bay in any capacity, even as linebacker Ryan Kerrigan (concussion) returned to practice this week.

But he isn’t taking the opportunity for granted, because he knows on any given day he could be forced to return to installing windows.

“When you’re in this line of work, tomorrow’s never guaranteed,” Orchard said. “I told my wife yesterday I’m not sure if I’d be here today because of the nature of this business. Anything can happen.”

news
Wildfires destroy as many as 1,000 giant sequoia trees in the Sierra
music
Paul Walker's daughter pays tribute to late dad on the 7th anniversary of his death: 'My best bud'
news
McDonald's bringing back McRib on Wednesday, offering free sandwiches to fans who shave
music
Join us Dec. 1 for 'Heroes of New York' a Robin Hood Special
music
SAINt JHN reveals why 'Roses' was originally written for Beyoncé
music
A bunch of your favorite drag queens are hosting a New Year’s Eve kiki and kissing 2020 goodbye