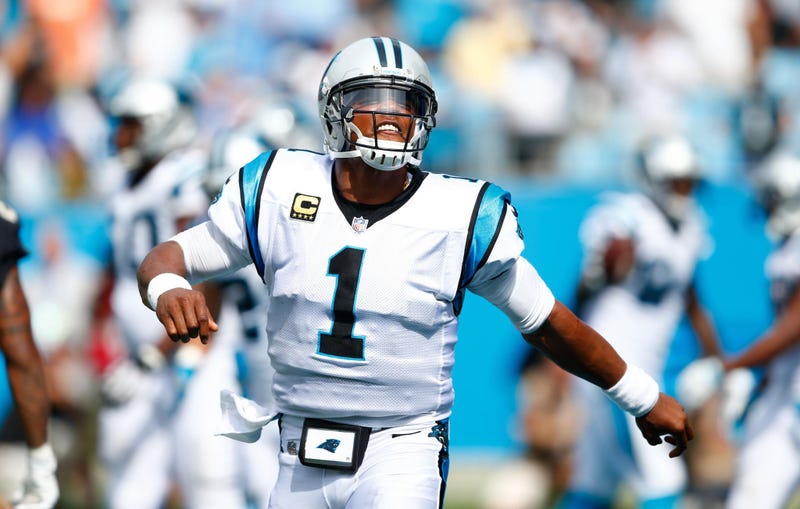 The Redskins would not be interested in signing Panthers quarterback Cam Newton if he becomes available, John Keim reports for ESPN.

Newton, 30, missed almost the entire 2019 season with a foot injury and is being shopped by Carolina. With the Panthers unable to find a trade partner to this point, it's expected he'll be released at some point, to make him one of the top quarterbacks still available in free agency.

"Although (Ron) Rivera drafted and coached Newton in Carolina, the Redskins know if they sign him, he would be coming here to start," Keim writes. "And they don't want to put (Dwayne) Haskins in a position where he has no shot to compete for the job."

The Redskins like how Haskins finished the 2019 season, Keim adds. Keim previously reported last week the Redskins also don't have any interest in free agent QB Jameis Winston.
Keim notes the Redskins – who still need to add a QB – could find interest in Will Grier or Kyle Allen, should either become available. Allen logged 13 games for the Panthers in Newton's stead last season. Grier was a third-round selection by Carolina in 2019.

Another QB in Carolina. https://t.co/0l1vqUalCU

Panthers now have 5 QBs. Obviously Cam newton will be out. Have to imagine Grier or Kyle Allen free at some point. Skins staff rather familiar with both. https://t.co/ovuB4xYh60

There's still an outside shot the Redskins, who hold the second overall selection in the 2020 NFL Draft, could draft Alabama QB Tua Tagovailoa, although many feel Ohio State edge rusher Chase Young is too good to pass up.