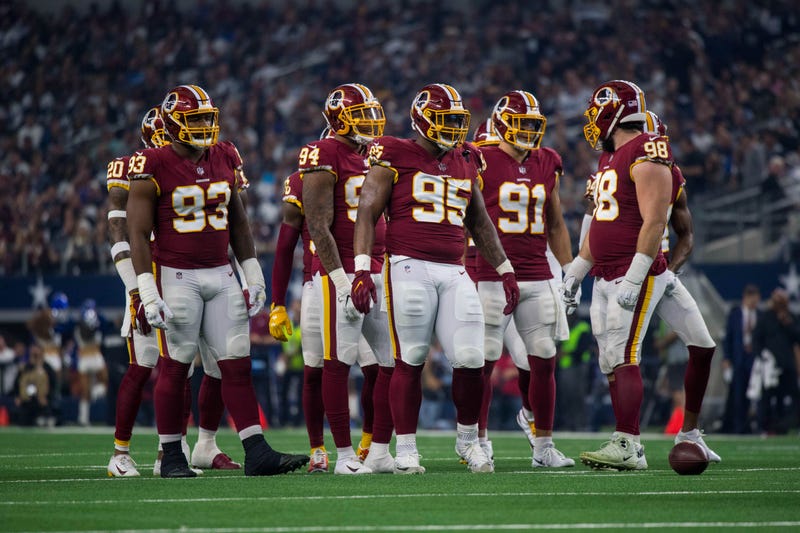 The Redskins roster isn’t where it needs to be for championship contention, but it is certainly better than it has been in recent years. Sometimes it’s easy to forget just how talent depleted Washington became after the RGIII trade, which coincided with some long-time players reaching the end of their careers like Santana Moss and DeAngelo Hall.

The 'Skins then used their first first round pick in years on Brandon Scherff in 2015, who plays a non-premium position, and their second on Josh Doctson in 2016, who didn’t play his rookie year and has played far below a first round level since returning to the field.

However, the recent drafts and a few strong free agent signings have set the Redskins up to have a chance to have real competition in training camp amongst real NFL players. Over the weekend, I decided to separate roughly 70 of the Redskins players into five categories in terms of their likelihood to make the roster come the fall.

As we quickly found out, injuries will effect this. Reuben Foster was one of three locks I had at linebacker. Now that he’s done for the season with a torn ACL, it actually creates more locks in his absence.

Here are the five categories, followed by the defense. We’ll do the offense tomorrow.

Lock - 95% or higher chance of making the roster. Barring a bizarro world camp, a player with this designation is making the team.

Almost Certain - These are players I feel really good about, but it’s not completely far-fetched that they don’t make the team given a plausible set of circumstances

Toss Up - I initially didn’t have this category, but quickly realized that was a mistake. There are some players that truly are up in the air and they don’t properly fit in the categories above or below.

Probably Not - Players in this category probably won’t make the team, but could be next in line if there’s an injury. They’re also great practice squad candidates.

No Shot - Barring the same bizarro world circumstances that would cause a lock to not make it, these guys are out.

This was far and away the easiest group to designate, for the simple reason that we know so much about who the studs are. Allen, Ioannidis and Payne are three of the 10 best players on the team. Settle came on strong last year and looks to have been a steal in the fifth round of the 2018 draft.

Brantley is the wild card. If he just doesn’t have it in camp, he could get booted for a younger player with some potential, but he was a first round-caliber talent they brought in for a reason. Wicker was on the practice squad last year and could wind up there again.

The Redskins were really high on McKinzy last year. He’s still recovering from the shoulder injury that ended his season last year in Dallas, but assuming he comes back he joins the three locks as a pass rusher and completes this group.

Brailford could steal his spot or could make it as a fifth OLB depending on how the roster needs to be constructed. As the second-to-last pick in the draft, they might be able to get him through to the practice squad if there’s no room for him on the 53.

Mason Foster went from toss up to lock the second Reuben Foster went down. Harvey-Clemons also went from almost certain to lock. There will be someone else at this position who emerges too, and it will simply come down to a numbers game to figure out how much depth they want/need here. The talk at inside linebacker is no longer about who makes the team. It’s about who will play and in what roles.

Admittedly, thinking about the defensive backs and wide receivers was what gave me the idea for this exercise. There are a lot of names on that list, and there’s simply not enough room for all of them. Add in the question mark at safety opposite Landon Collins, and this gets really interesting really fast.

Danny Johnson looks to be the odd man out after Greg Stroman was simply better than him last year and then the 'Skins drafted Jimmy Moreland. I had Moreland as "almost certain" over the weekend, but after one day of OTA’s, that felt stupid and I’m changing him to a lock. That makes four in a position group where there are typically six players.

Adonis Alexander would have to be a disaster in camp to not make it, leaving one spot for Stroman and Dominque Rodgers-Cromartie. That brings us back to the safety dilemma. Could DRC or Alexander wind up playing some safety? Both have in the past, with DRC having done so in the NFL and Alexander at Virginia Tech. That leaves Johnson and Harris as practice squad candidates, but no room on the 53.

Collins might be the lockiest of locks on the entire roster considering the contract he was just given, and Everett is a special teams ace who is 100% making this team as Collins' back-up. If Nicholson had any real competition, he would be a toss up, but it’s really as simple as “Who else?” Apke is the next guy up at free safety, and his rookie year left mountains to be desired.

Reaves and McIntosh get mentioned because if someone gets hurt, they’re next and probably in that order. Reaves feels more real as a guy who spent most of last year here on the practice squad, but I sincerely wonder if the DRC or Alexander options would be seen above one of the younger guys should something happen to Nicholson.