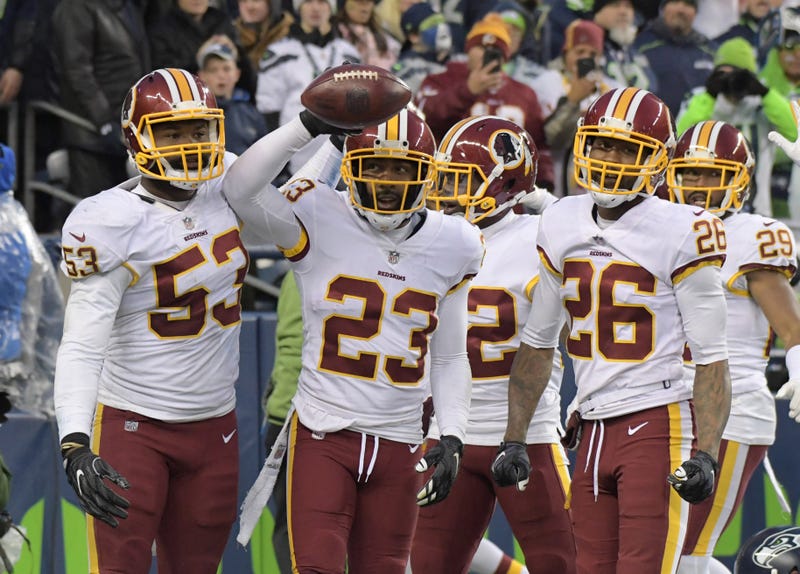 How about this: Just heard that longtime #Redskins cornerback Deangelo Hall interviewed this week to be their DB's coach. Team source told me he thoroughly impressed the Skins and was legitimately considered for the gig before they went with Ray Horton.

One year removed from a 14-year playing career, Hall, 35, has spent his post-NFL career here, on the radio at 106.7 The Fan, and doing television for NFL Network. But he did gather a modicum of coaching experience, serving as a pseudo player-coach as he battled through a string of serious injuries in his final seasons.

The Redskins ultimately chose to go with Horton's experience over Hall, more of an unknown quantity but with the potential for high upside.

"He would have been potentially coaching players that he played with," Paulsen said on 106.7 The Fan.

"What I heard was, from somebody with the team, he apparently had a really good interview," he said. "Impressive, surprisingly. Drew enough interest that they were considering him for this job.
"Ray Horton ended up getting it obviously, so they went with the experience. And I don't necessarily think that that's surprising. If you're Greg Manusky, this is your last shot at this thing, right? I mean you better get this right. You can't take big risks right now, because if it doesn't work out, you could be out of football by September or October."
Follow @ChrisLingebach and @1067TheFan on Twitter