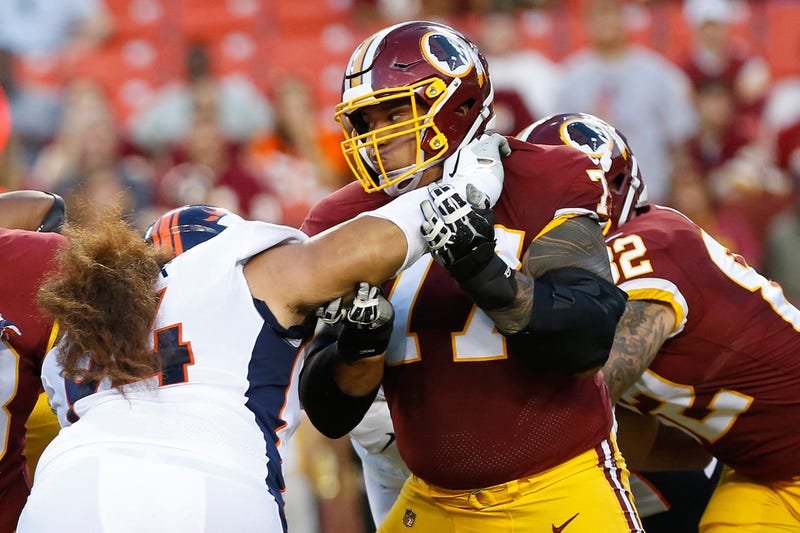 The injury bug has bitten the Redskins offensive line, as Friday's injury report revealed starting left guard Shawn Lauvao will miss Sunday's game against the Packers with a calf injury.

Lauvao hurt his calf in last Sunday's loss to the Colts. The veteran lineman has missed significant time in the past due to injury, playing in just nine games last season before being placed on season-ending injured reserve.

With Lauvao out, starting center Chase Roullier will shift over to left guard, and Tony Bergstrom will come in to play center.

Additionally, Troy Apke will miss his second straight game while he continues to nurse a hamstring injury he sustained Week 1 against the Cardinals.

As for the Packers, only cornerback Kevin King has been ruled out with a groin injury. Aaron Rodgers is listed as questionable due to the lingering knee injury he sustained in Week 1, but all signs point to him playing against the Redskins after playing in Week 2 against the Vikings.

#Packers QB Aaron Rodgers (knee) is listed as questionable, but he is expected to practice on Saturday. Barring a setback, he should be good to go.