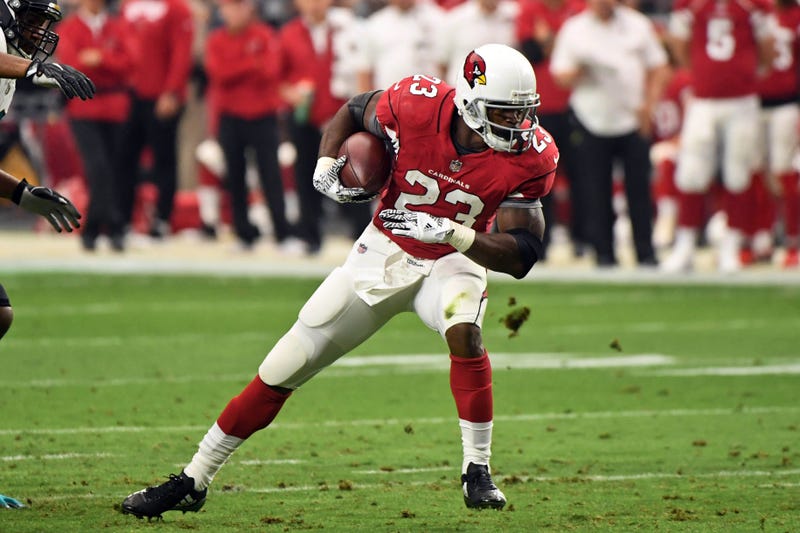 Sources tell @granthpaulsen and me that the #Redskins are signing Adrian Peterson, pending his physicalThe physical is wrapping now. They have 2 weeks to evaluate him at no financial risk.

Peterson, 33, rushed for 529 yards and two touchdowns for the Cardinals and Saints in 2017. While his best days are behind him – Peterson ranks 12th among all-time rushing leaders with 12,276 career yards – the Redskins have a void at running back after losing second-round pick Derrius Guice to a torn ACL, and feel it's worth taking a look.

Peterson's deal contains no guarantees and he'll be paid for the days he's on the team over the next two weeks. As a vested veteran, his contract becomes guaranteed if he's on the roster in Week 1, meaning the Redskins can release him at any point before that without further financial obligations.

Key to the #Redskins signing AP is that they will not risk anything financially. Spend two weeks seeing what he has left. No money lost if you release him when you form the 53 man roster.

The Redskins confirmed the roster move with a press release Monday afternoon.

"I'm excited," Peterson said. "It's been a long offseason but I’ve been keeping my body in shape and (I'm) ready for this opportunity. So when this opportunity presented itself, I was just excited."

Fans could see Peterson on the field as soon as Friday, in the Redskins third preseason game, against Denver.

I would think Adrian Peterson would play Friday night if the #Redskins want to give him a fair chance to impress. Roster locks unlikely to play next week so if you want to get him work with/against starters it has to be Friday night.

Not going to help him perform this year but Adrian Peterson is a HOF talent. He is the kind of guy who players stop in the hallway to get a selfie with. This signing will bring fan excitement to a team short on it right now. #Redskins

This picture will generate excitement pic.twitter.com/NHdIJ3bVJZ

Adrian Peterson reunited with his Oklahoma teammate Trent Williams. The two train together in the offseason. #Redskins