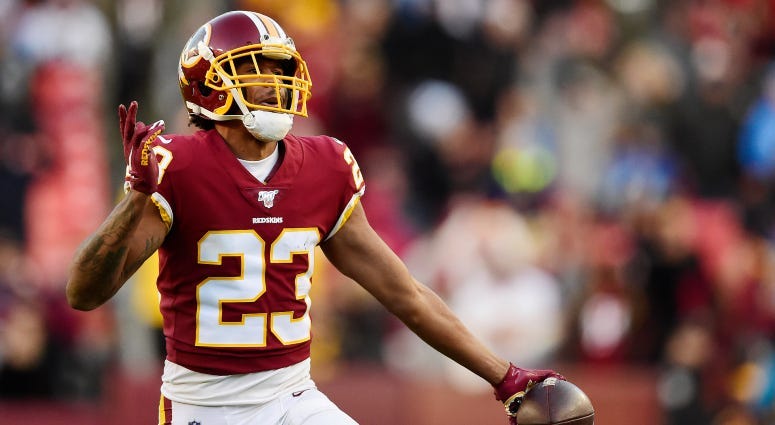 The Redskins are trading disgruntled cornerback Quinton Dunbar to Seattle in exchange for a fifth-round pick, ESPN reports.

I'm told the #Redskins have agreed to trade CB Quinton Dunbar to the #Seahawks, per source.

Comp update: Seahawks are sending Washington a 5th-round pick in exchange for CB Quinton Dunbar, per source.So Redskins trade a 5 for QB Kyle Allen, get back a 5 for Dunbar.

Dunbar, 27, spent his first five NFL season in Washington after going undrafted in 2015. It was the Redskins who were responsible for converting Dunbar from wide receiver – the position he played in college at Florida – to defensive back. Dunbar, who has one year remaining on his contract, requested to be traded or released in February.

Seattle got a good player in Dunbar that could really show out in the Seahawks defense. Could be headed for a big payday next season

Washington also acquired quarterback Kyle Allen in a trade with Carolina earlier Monday. The Redskins agreed to send a fifth-round pick to the Panthers in the deal.