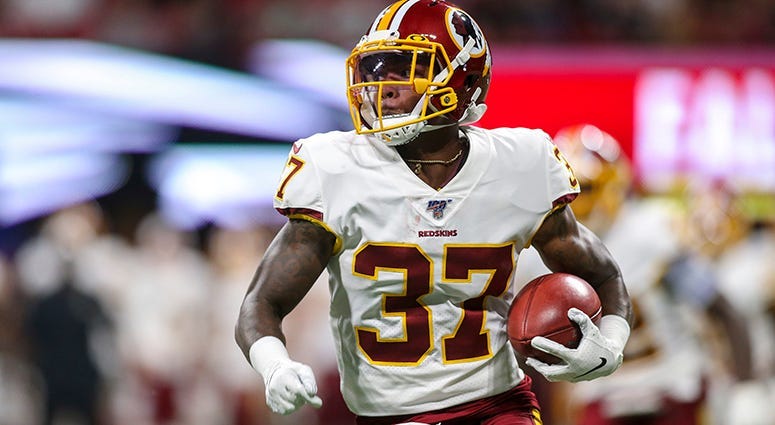 Can confirm Redskins are waiving Greg Stroman with an injury (@BenStandig first). Stroman had fallen behind Jommy Moreland in the pecking order and wasn't slated to play much early this season.

The Redskins plucked Thomas – a sixth-round pick by the Browns in 2018 – off the Seattle Seahawks' practice squad Tuesday morning. That meant the Redskins would have to move someone else off their 53-man roster to make room for Thomas. Stroman was the odd-man out after falling behind rookie corner Jimmy Moreland in the defensive back hierarchy, Paulsen says.

Adding to this:CB Simeon Thomas, who was added off Seattle's PS, is better in the role Stroman had with this team. He was a gunner. Thomas is 6'3 and ran a 4.4. Ideal for that role.Still developing as a CB. Project for Ray Horton. https://t.co/sJJoE5Cf0d

The Redskins announced the moves a short time after news broke Tuesday, adding that they'd also waived tight end J.P. Holtz from the 53-man roster, and waived linebacker Darrell Williams from their practice squad. The Redskins also signed T.Y. McGill, an undrafted free agent in 2015 who waived this preseason by the Chargers.

McGill played two games for the Eagles and four games for the Chargers in 2018, finishing the year with five total tackles, including one for a loss.