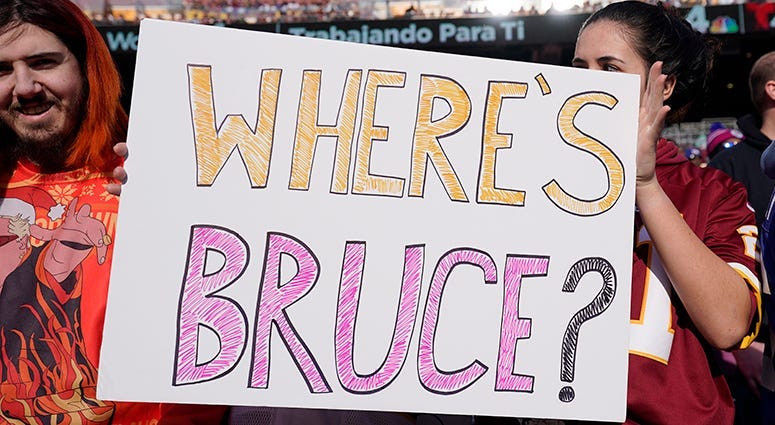 A seismic change to the Redskins organization came this week with the firing of longtime president Bruce Allen.

"Nobody wants to see anyone fired," Santana Moss told Chad Dukes during his weekly 106.7 The Fan appearance, presented by Paul Henry's Windows.

"He's just in a position that, if you wasn't winning and the things that you was doing wasn't making sense enough to say that, 'Well, this is a good reason because he made this move and that move – this is gonna lead to winning,' then eventually it can cost you your job," he continued. "I think it got out of hand here because everything's just kind of been in shambles when it comes to just the season, the deficiencies that transpired with some of the draft picks, the stadium, the fans not coming."

"It's so much going on, someone had to take the blame, and I think Bruce has been sitting in that seat for a while, so he had to shoulder some of that blame," Moss went on to say. "Do I blame him for everything? No, I don't. But do I believe that when you're a general manager/president – or whatever his role may have been – do I believe that some of the stuff that's going on is gonna be on you? Yes, I do.

"So that's why he's in that situation. I hate to see him go that way, because of what transpired to make him leave, but I do believe that I want to see this organization be great again, and I think the only way you can do that is by cleaning house and doing a lot of changes, other than just getting rid of the GM."