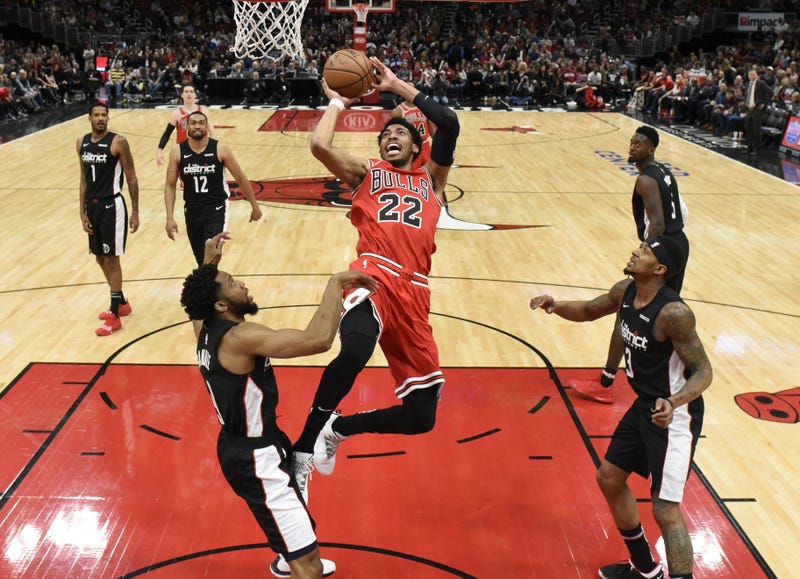 The Wizards were scheduled for an 8 p.m. tip-off in Milwaukee.

The news broke on Twitter 26 minutes before. Cameras on the pre-game telecast quickly cut to footage of him shooting warm-up jumpers, but he had already been pulled off the floor. Otto Porter had just been traded to Chicago.

"So I had to jump off the phone with him and grab Otto before we meet with the team, and that was definitely awkward," Brooks explained. "But Otto handled it like a pro and I was very obviously honest. I just said, 'Hey, there are some talks right now. We cannot let you play in the game tonight. We're gonna have to send you back to the hotel.'

"And he handled it well, like I knew Otto would. That guy is, he's a pro's pro. I've said it many times, he's no maintenance at all. He just wants to just go out there and be a good teammate."

As if that weren't awkward enough, the Wizards had to play the Bulls three days later.

The Junkies tried getting Brooks to admit he'd known a deal was in the works when he was on the show last Wednesday.

"Be honest, coach," one said. "You knew that the talks were going on."

"He was walking around the streets of Milwaukee and we asked him, and he tried to say, 'Nah, we're just focused on Giannis," prodded another. "Did you know the deals were already made when we asked you that? Honestly."

"Right," said Eric Bickel. "But did you know that they were talking anyway?"

"Well, I knew we were talking with a few different teams," Brooks acknowledged. "But do you know how many times teams talk and (it never happens)? The majority of the time it happens that way.

"But it happened. We wished Otto well. We got some good players. Bobby is really high motor. I like him. All three of them have been real good for us. We've really had 'em for a week now and three game, and all of them have really stepped up and played well."