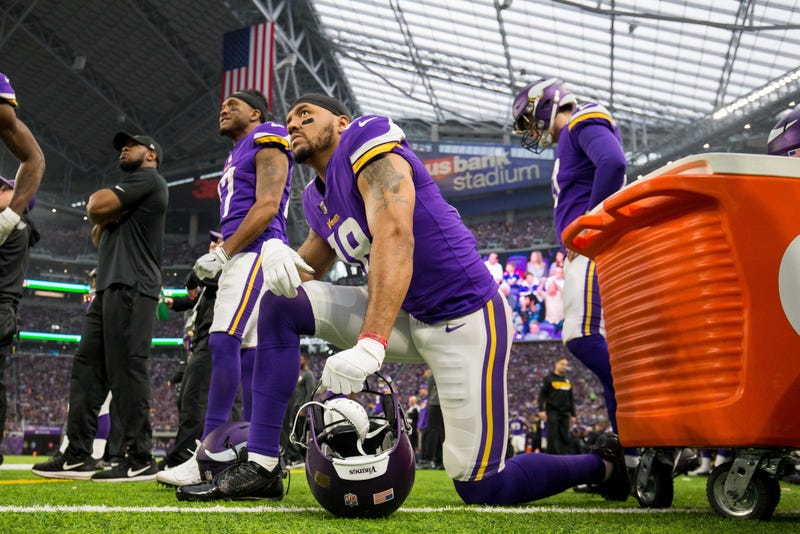 It was time for a big move like the Redskins used to make. Instead, they went conservative again.

Finding themselves without a playmaking receiver two games into the season, Washington signed a pair of former first-round disappointments, as if they don't have one on their own roster. Former Baltimore receiver Breshad Perriman and former Arizona Cardinal Michael Floyd were signed on Monday to bolster the unit's depth after a series of injuries.

Help is not on the way. That would have been trading a fourth-rounder for Cleveland's Josh Gordon and signing former Dallas receiver Dez Bryant, not adding a couple backups.

Want to make a bold statement of going for the playoffs that might attract some fans into FedEx Field? Take a chance. Indeed, New England obtained Gordon, and no one worries about it tarnishing their Super Bowl trophies overflowing the case.

It's nice to have role models on your roster. But this is football. It gets a little rough out there. As long as players stay away from scandal, prison and pot off the field, that’s all you need.

Gordon and Bryant are potential game-breakers. Maybe past their prime, but worth one-year deals to bolster coach Jay Gruden's chances of staying after four-plus seasons of mediocrity that includes a 1-1 start with a lethargic loss to Indianapolis before the smallest crowd for a home opener in a generation.

Teams don't often get a chance to sign a difference maker during the season. There's a reason why the players aren't on somebody's roster. But the question is, do the Redskins want to make the playoffs? Because this offense has missed downfield playmakers since Pierre Garcon and DeSean Jackson departed in 2017 as free agents. Former first-rounder Josh Doctson saw two potential big plays slip through his hands against Indianapolis. Paul Richardson is on the clock with a bad shoulder.

The Redskins aren't interested in somebody else's problems, though. Still, whatever happened to taking a chance, like Darryl Gardener in 2002? The troubled defensive lineman was signed in training camp and became the team's best player that season. Whatever happened to giving someone a second chance? Certainly, the Redskins have done so with others.

Instead, Washington took a safe route. Unfortunately, it's the path to another lackluster season.