With Alex Ovechkin and Nicklas Backstrom heading into the twilight of their NHL careers, the Washington Capitals need to be absolutely certain they get it right with their next head coaching hire.

They simply cannot afford another failed experiment like Todd Reirden.

LOCKER: Laviolette historically has been sort of a taskmaster, hard-ass type coach that gets a lot out of his players over a two- to three-year run, and then all of a sudden like what happened in Nashville, the players sort of started tuning him out and they weren't playing well and they needed a new voice. However, for a three-year course, Laviolette would be a great choice. I think he pushes the right buttons. He has the right taskmaster type mentality. He's very stern but fair.

LOCKER: I think when you look at, from what I've learned of Gerard Gallant and where he's had stops along the way — whether it be in Florida or Vegas — he to me is more, if I wanted to pick a coach when I was playing, I'd probably pick Gallant because I know he'd be a players' coach, he's player friendly. I don't think he's analytical, or as analytical as for example Babcock or Laviolette. He's an old-school guy. He does have ties to MacLellan, having played together in Detroit, so being that, he knows exactly what he's getting, from when he was a player to when he was a coach, and to me that's also a good fit. I'd like to know what happened in Vegas before I'd make that hire, and I'd like to know why his tenure was quickly put to rest and they hired (Peter) DeBoer, who's more of a hard-nosed type coach.

LOCKER: In Babcock, he's a big-dollar coach. I think he has a demeanor more for a big-market team, meaning in Canada, guys. He is hockey, hockey, hockey and his questions and answers are very quick and to the point. I'm not so sure, and he's got a big price tag, so... Would he push the buttons and would he push the list that you're looking for — Taskmaster? Tough guy? All these type of things — Cerebral? Smart? All those things, yeah, but I'm not sure you're gonna get him with a couple years remaining – at $5.8 million – on his Toronto deal. That's a factor.

REMAINING CONTRACT: Babcock is still owed approx. $5.875M per season through 2022-23 for a total of $17.625. Any team looking for his services would presumably have to work out some sort of buyout with the Leafs, making Babcock a very unlikely candidate for the Caps. 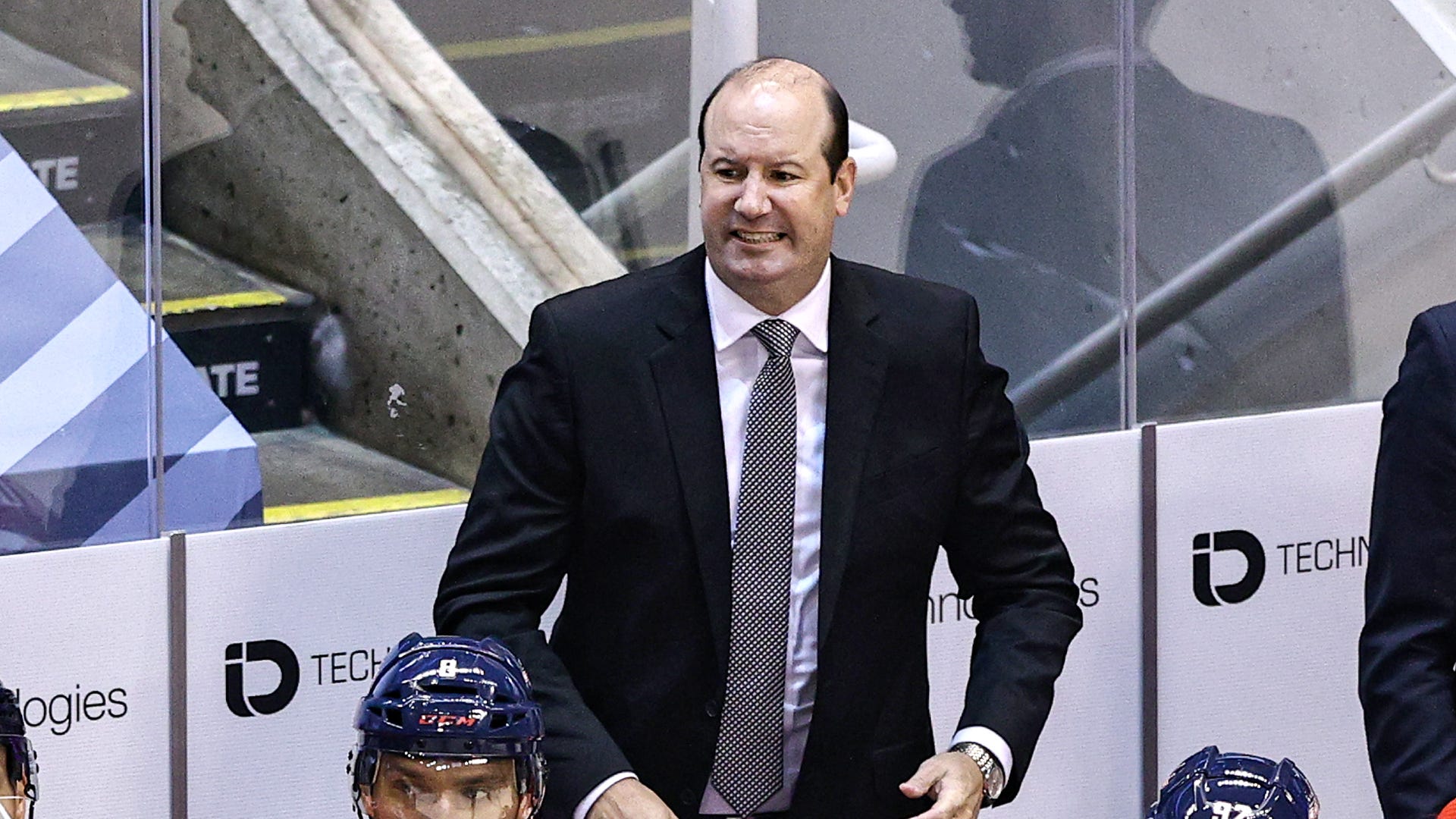 May: Reirden lacked 'structure' to be successful in Washington

LOCKER: Would you put Jon Cooper on the list? If Tampa doesn't get through, guys, I'm not sure Cooper's tenure in Tampa is secure and he might be available.

NOTE: Cooper was high on Washington's candidate list prior to the 2012-13 season, Laughlin says, but the Caps wound up hiring Adam Oates instead. Cooper went on to become head coach of the Lightning later that same season, taking over after Guy Boucher was dismissed in March 2013.

LOCKER: And you gotta throw in Boudreau, guys. Again, Boudreau knows the team, he opened up their offense when he was coach. But he didn't have success here in the playoffs, so that's the question mark when you look at Gabby.