Alex Ovechkin and three Capitals teammates will miss at least the next four games after breaking COVID-19 protocols.

The NHL fined the Capitals $100,000, and Ovechkin, Dmitry Orlov, Evgeny Kuznetsov, and goaltender Ilya Samsonov were all placed on the league's COVID-related absence list on Wednesday, after the four were caught violating the league's safety protocols by being in a hotel room together without masks.

According to Samantha Pell of The Washington Post, Samsonov has tested positive for the coronavirus, which triggered the league to conduct contact tracing. Through that process, the league learned of the four teammates hanging out together in a Pittsburgh hotel room while the Caps were on a four-game road trip. Samsonov was asymptomatic at the time of his positive test, according to Pell.

Washington hosts Buffalo on Friday and Sunday and then the Islanders twice next week, concluding next Thursday. Caps coach Peter Laviolette confirmed on Thursday the foursome is likely to miss all of those games.

Now, the foursome could face further individual punishment should the league decide to make an example of them, Caps analyst Craig Laughlin fears.

"It's disappointing," Laughlin told 106.7 The Fan in a segment presented by American Standard Heating & Air Conditioning. "I think the players knew going into this situation, with all the other leagues and all the protocols that were put into place, there were certain rules that were not to be broken."

"It explicitly says: 'No individual shall permit guests or other personnel into their room other than housekeeping or engineering.' That to me is pretty explicit," he said. "The players knew that; they broke the rules." 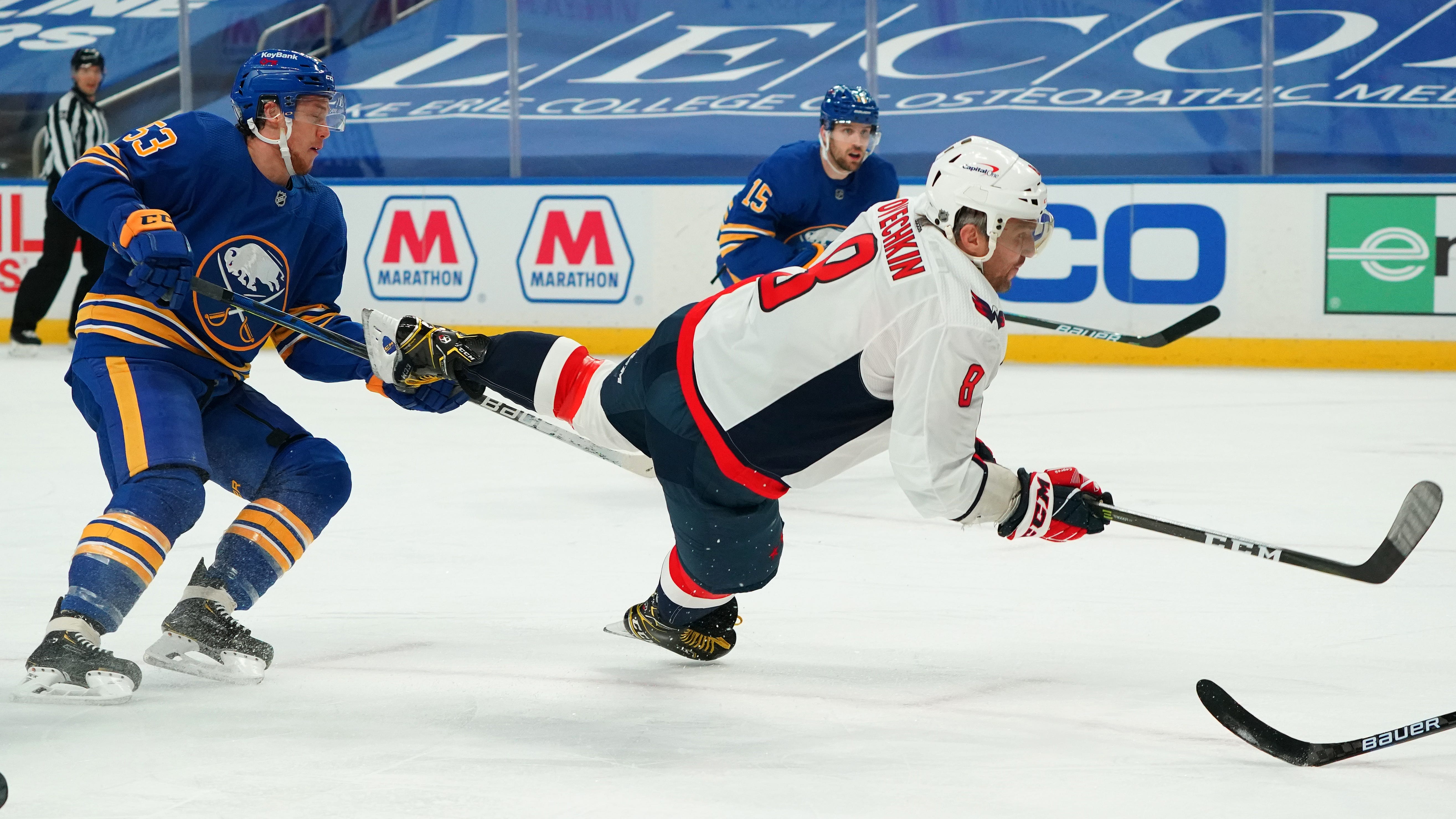 "So now there's gonna be some consequences," Laughlin said. "And the consequences first and foremost is a hefty fine — $100,000 to the team — and I think out of this, we're also gonna see some games off for the four Russians.

"Unfortunately, the league's gonna have to set a precedent here because the one thing we know... there's rules in the league for all situations on the ice. Whether it be an elbow to the head, you know you're gonna be called to the carpet. You're probably gonna be suspended."

"Right now, the way it is here with the COVID protocols, there's really uncharted territory," he continued. "We're not sure how the NHL is gonna handle this. I think it will come out probably after the Caps practice today, where the four Russians were not on the ice, and I think the NHL's already sent a stern message with the $100 thousand fine.

"And I'm not so sure they're gonna let the four guys off without missing a game. I think there's gonna be some consequences. I hope there isn't, but I feel, because of the situation, there could be some for the Caps."