Before the Capitals hire a new head coach, it's important to determine what went wrong with Todd Reirden during his two seasons in Washington to avoid that same fate, consecutive first-round playoff exits, in the future as they try to get the most out of their aging core group of players.

So where exactly did the Caps lose their way with Reirden? For the answer, they needn't look any further than their opponent who just bounced them from the Stanley Cup Playoffs in five games.

"When I look at this team over the last couple of years, there were times where you saw players that frustrated you with the way they were playing and it didn't seem like there was anything, there were no buttons pushed," Caps analyst Alan May told The Sports Junkies during his weekly appearance, driven by AAA.

"When you think of Evgeny Kuznetsov, kind of lackluster performance the last couple years and when he's on, he's on, but the million dollar question is always what can you do to get this guy to realize that he's got to be good every day," he said. "Do you do anything about it?"

"So you take the incidents like that, and I just think that when you have a team that's been flat in the playoffs two years in a row, and at times during the season you're not really seeing a certain style of play, and that's where the structure comes in," said May. "When you look at Barry Trotz, there's a structure to what he's done and I think he's gotten more confidence, he's a better coach since he won the Stanley Cup."

"He certainly has the players' ear in (New York) and everyone is doing things that they haven't done," he continued. "They were the worst defensive team in the National Hockey League a couple seasons back. They were the first team in 100 years that went from the worst goals against average in the league to the best.

"And then this year, they were another really good defensive team again, albeit they wouldn't have been in the playoffs, I believe, had the playoffs started if you just went with the top eight teams. So it's not like it's perfect, but they do have structure there and you're going to be comparing him to them."

The Islanders ranked 31st in the NHL while averaging 3.57 goals against per game in 2017-18, the year the Capitals won the Stanley Cup, but bounced back with a top-ranked 2.33 goals against average in their first season under Trotz in 2018-19. 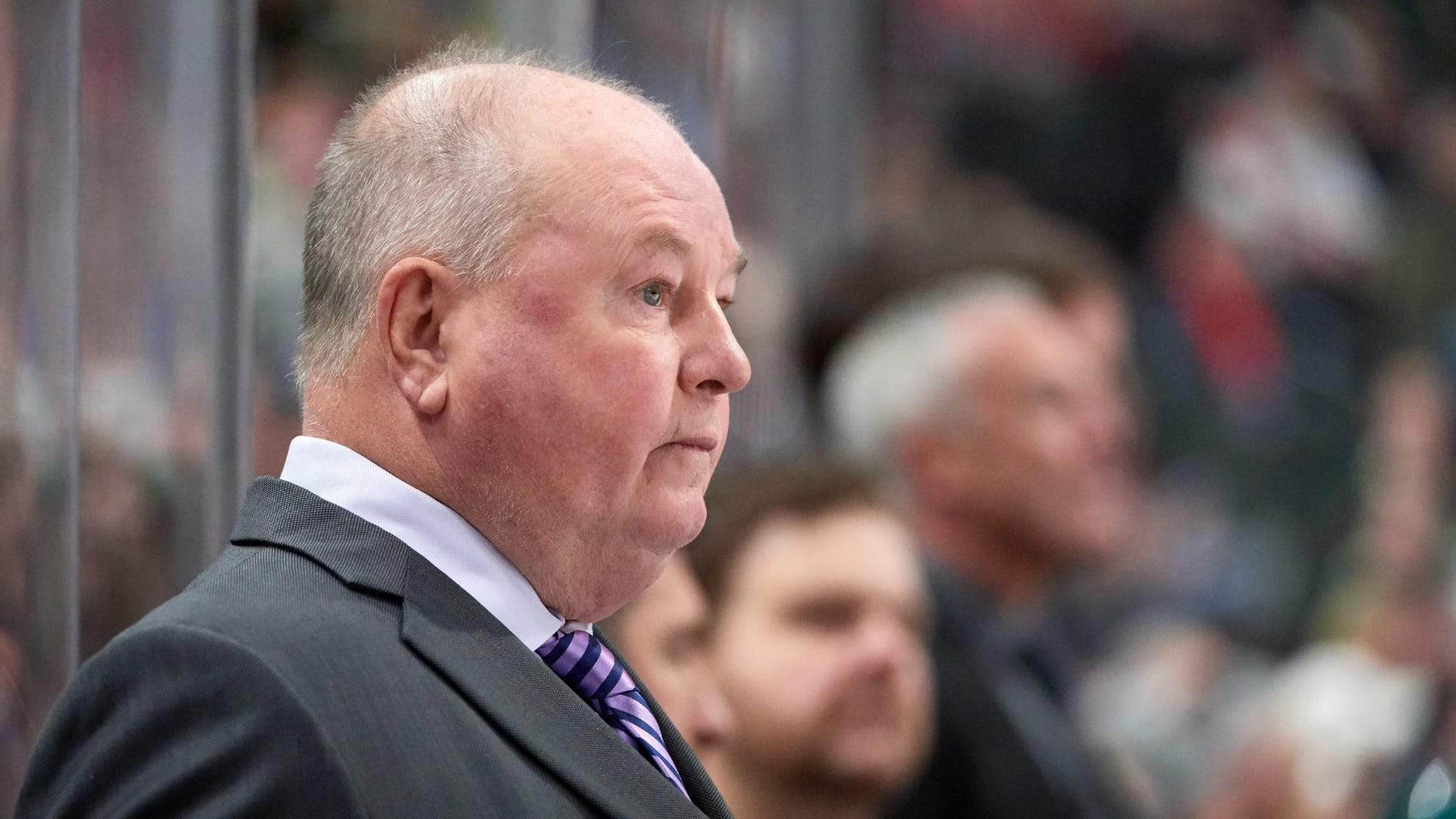 "They play a gritty brand of hockey. They're physical," May said. "You have to be defensive in this hockey league. You have to be gritty. You have to find a way to score goals in all different ways, not just from how the Capitals were doing it. The Capitals seemed to score way too many pretty goals during the regular season and couldn't find the net in the playoffs two years in a row, and certainly not of the ugly variety."

"The type of structure that needs to be physical, they need to be defensive — it has to be that way," he continued. "You have to be tough on the puck in the National Hockey League to have success, especially as you go on, and we're seeing that right now with the teams that are left.

"They're tough on the puck both ways, and they find ways to score goals ugly, they find ways to get bodies and throw big hits and do everything they can physically, so physical structure I think is really important in the National Hockey League right now."

It's not entirely impossible that Reirden catches on elsewhere with a new head coaching gig right away, although May believes he'll most likely have to take a seat on the bench as an assistant for a few years before finding his next opportunity to call the shots again.