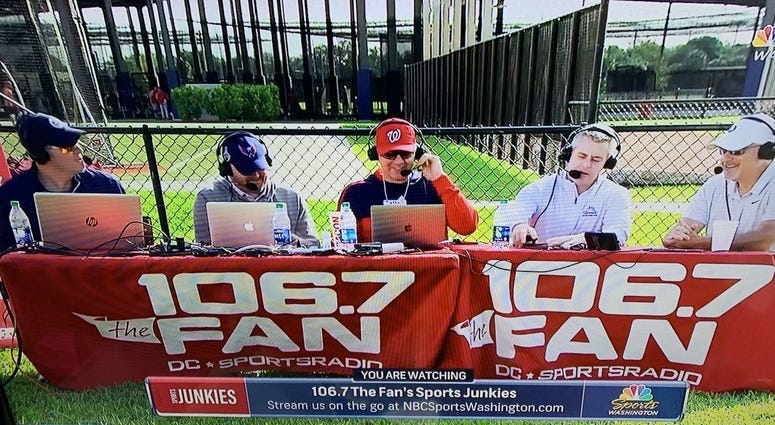 Splashed with probably the biggest big-time statement ever dropped on these airwaves, Eric Bickel dimed out his fellow millionaire Junkies co-host, Jason Bishop, for his compulsive penny-pinching.

While down in West Palm Beach, Fla. for Nats spring training, EB called into Chad Dukes vs. The World on Monday. During the hit, Bickel was asked for the most irritating thing that's happened on the trip.

EB: I think the fact that Lurch smuggled a dozen minis into his luggage and he won't go to the bar and drink with me. I mean...

Dukes: That is so ghetto!

EB: Let me say this in a way without sounding arrogant or anything. We've been doing this for 23 years. And, listen, I mean, I've got some money. I don't have that much. We've made millions doing this show. MILLIONS.

Dukes: Are you talking about at the airport, he's doing this?