The 2020 regular season almost certainly won't end the way the Nationals had hoped at its beginning, but they still hold the distinct honor of playing spoiler.

At the bottom of the NL East, the Nats have a chance to sweep their four-game series with the Phillies by securing a win Wednesday evening, which would leave Philly in an awful predicament as they look to close out their regular season with a three-game series against the Rays, the second-best team in Major League Baseball.

After losing both games of Tuesday's doubleheader against the Nats, the Phillies a game-and-a-half behind the Marlins for the NL East's second guaranteed playoff spot and one game behind the Brewers for the last Wild Card spot in the NL. The Giants (27-27) have also leapfrogged the Phillies (27-29) for the last playoff spot. The Marlins, it should be noted, also hold the tiebreaker over the Phillies by virtue of winning their season series, 7-3.

The Phillies entered Tuesday's doubleheader with a half-game edge on that final playoff spot... One uncharacteristic Austin Voth complete-game victory and a surprise Yadiel Hernández walk-off homer later and, suddenly, Philly's not sitting so comfortably.

A Nats win Wednesday would put the Phillies in dire straits heading down to Tampa.

"We're gonna play hard to the end and see if we can shatter a few dreams," Nationals GM Mike Rizzo said during his weekly 106.7 The Fan appearance with The Sports Junkies, presented by Burke & Herbert Bank. "Be kind of a fly in the ointment for some teams."

"We're gonna try and win every game like we always do and keep it rolling," he said. "We're starting to play some energetic, better baseball and that's just kind of the blueprint that we've had all the way." 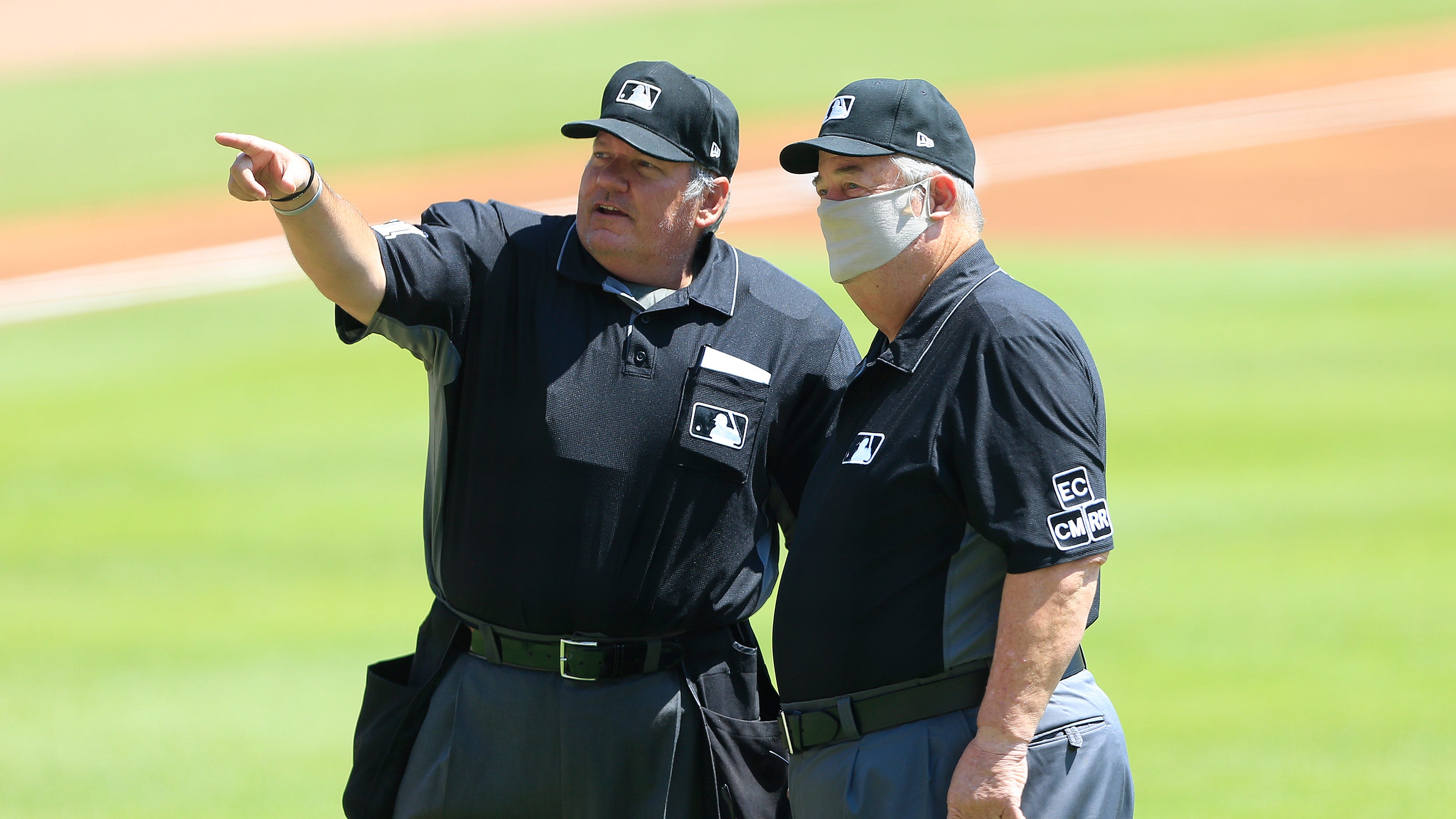 The Nationals have owned Bryce Harper at the plate in his second (short) season with the Phillies. Harper's slashing a mere .143/.400/.143 against his former club this season, going 4-for-28 with one RBI, 12 walks, 14 strikeouts and a .543 OPS in nine games against the Nats.

"Harp is such a (streaky hitter)," Rizzo said of his former first-round pick. "He can carry a club for a month and then he can go into a little bit of a lull for a while."

Harper went 0-for-5 with three walks and two strikeouts in Philly’s pair of losses to Washington on Tuesday.

"You have to pitch him aggressively and you have to come into the inside of the plate," Rizzo said. "And it's scary sometimes, because he can hit you a long way and you'll be on ESPN, but I think that's the only way to get him out, because he's got such great power and such great command of the strike zone that he's always ahead in the count.

"So I think you have to be aggressive with him, pound the strike zone. You have to pitch him in and see if you can get him out with hard stuff in and then soft stuff away. We pitch him like a lot of other teams do, it's just kind of when you get Harp is how you get him out."

"He's a terrific player," Rizzo added. "That Phillies lineup is formative, but they're playing beat up — Harp's got a little bit of a back issue going, (J.T.) Realmuto's got a little hip going — but those are the trials and tribulations that you have to go through, and grind through, to make the playoffs and then win the championship, so they're finding that out this year."

In 2019, the Nationals swept the Phillies in their final meeting of the season, a five-game series, eliminating Philadelphia from postseason contention while clinching their own Wild Card berth. They went on to win the World Series.

Every week, all baseball season, if any Washington player hits for the cycle during a Wednesday game, one lucky fan wins a cool $100K. Click here to enter the Burke & Herbert "Bank On The Cycle" contest!